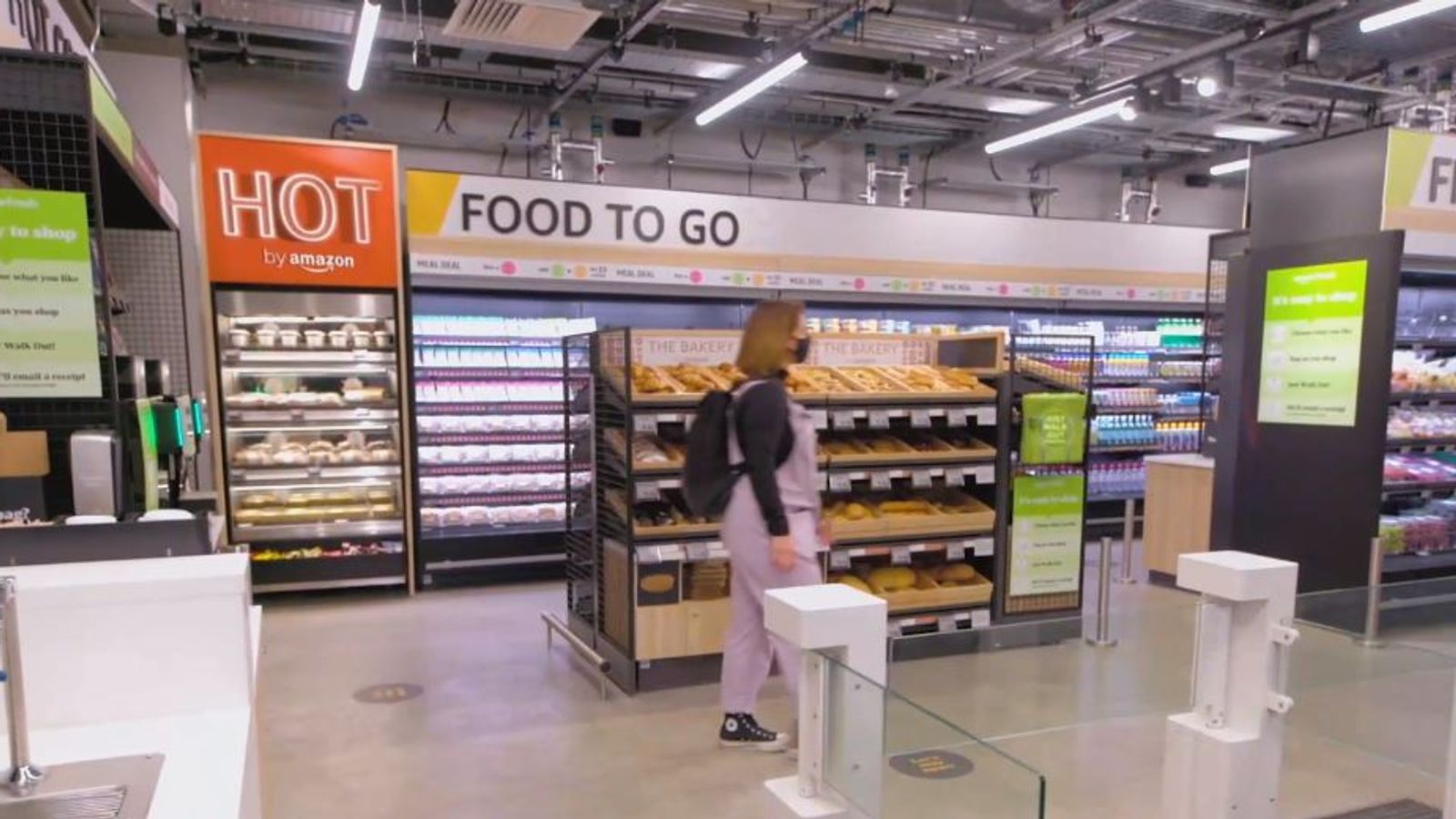 Amazon will open its first physical store outside the US today but the shopping experience will be a bit different.

Amazon Fresh is in Ealing, London, and it is much smaller than a supermarket.

It will sell prepared meals, some groceries, and Amazon devices, as well as having a counter for collecting and returning online orders.

Shoppers will scan a smartphone QR code to open the store’s gates and their purchases will be tallied using ceiling cameras and shelf weight sensors.

The technology can also register when someone has put an item back on the shelf, if they change their mind, for instance.

The shopper’s on-file credit card is billed after they leave the shop and a receipt is emailed, meaning they can walk out of the store without waiting to pay.

“The focus was just creating a really easy shopping experience for customers,” he said.

“We recognise that UK customers want to shop in a convenient way so we really think they will appreciate being able to walk in and walk out with the shopping they need.”

Amazon, the world’s largest online retailer, has yet to dominate the grocery category but its expansion beyond the US is a sign of its intention.

In the US, it acquired the Whole Foods Market chain in 2017 and has around two dozen Amazon Go stores, which are cashierless convenience stores.

It also has two Amazon Go Grocery stores, which are larger, and 10 Amazon Fresh supermarkets in California and Illinois.

The company said it is looking forward to opening more stores in the Greater London area.

In July last year, Amazon launched a grocery delivery service for Amazon Prime customers in or around London.

But it faces an uphill battle to break the dominance of the traditional players such as Tesco, Sainsbury’s, Asda, Morrisons and Ocado.