Ava Max requests fruits and veggies on her tour rider.

The ‘EveryTime I Cry’ hitmaker admitted she’s always “hungry” but asks for lots of healthy snacks when she’s playing shows and a humidifier to keep her voice “moist”.

She told GRAMMYS.com: “What I like to have on my rider when I am backstage is usually fresh fruits and veggies. “I’m usually always hungry, so snacks!

“Blueberries, carrots, celery. Stuff like that with some ranch [sauce]. Or sometimes just good old-fashioned M&Ms.”

Meanwhile, the ‘Sweet But Psycho hitmaker recently recalled suffering an awkward wardrobe malfunction when her “top came off” during a show.

The pop star didn’t reveal when the awkward moment took place but revealed she “didn’t realise” at first as she took the incident in her stride.

Asked about her “most embarrassing” on-stage experience, she said: “My top came off! I’m not gonna tell you which show…

“There was two layers, but the mesh top underneath was no bra, see through. But then the one on top – it’s like a belt – and it ripped off!

The 27-year-old star also revealed how star-struck she was getting to meet The Jonas Brothers when she was younger.

She gushed: “Oh my God, The Jonas Brothers, at Wembley stadium. They come towards me in synchronicity, they were walking exactly the same – and I think they had wind blowing up into their hair. 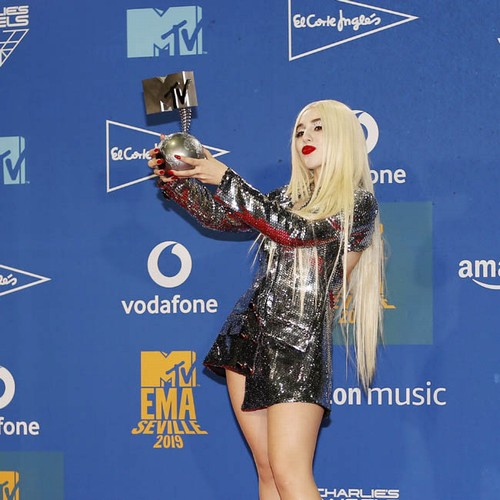 Barbra Streisand doesn’t want biopic until after her death