Few measures have been enforced to curb coronavirus in Belarus – instead, people are being urged to drink vodka and go to saunas.

The country – specifically its president – has shrugged off concerns about the COVID-19 outbreak, starkly illustrated on Sunday with the nation’s football matches continuing as normal.

As most countries enforce strict measures to curb the spread of the coronavirus, fans continued to shuffle into football grounds as they would any other weekend. 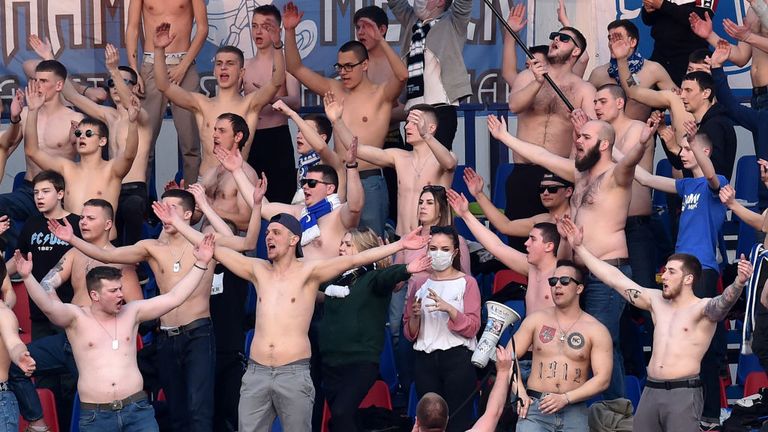 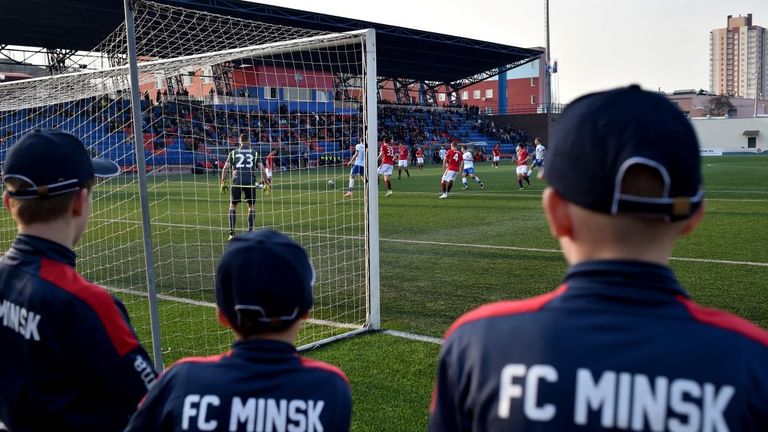 Image: Belarus has no plans to postpone matches or cancel the football season

Few social distancing measures appear to be in force, but spectators at some grounds did have their temperatures checked before being granted entry.

A small number of fans opted to wear face masks while huddled together in packed stands, but they were few and far between.

Belarusian football organisers have said they have no intention of postponing matches or cancelling the season – and the country’s leader has also shown that he is keen for sporting fixtures to continue.

At the event, he told a reporter: “It’s better to die standing on your feet than to live on your knees.” 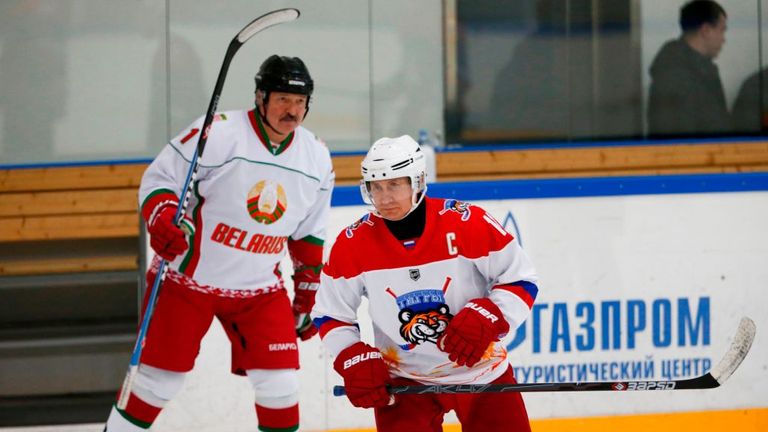 When asked if there was anything that would stop him playing ice hockey, Mr Lukashenko replied: “It is possible, but why? I don’t understand. There are no viruses here.

“Did you see any of them flying around? I don’t see them too. This is a fridge.”

So far, 94 coronavirus cases have been reported in Belarus, a former Soviet nation that is home to 9.5 million people.

Mr Lukashenko, an avid ice hockey player who has been in power since 1994, has downplayed the need for social distancing – and Belarus is one of the only countries that has taken few measures to curb COVID-19’s spread. 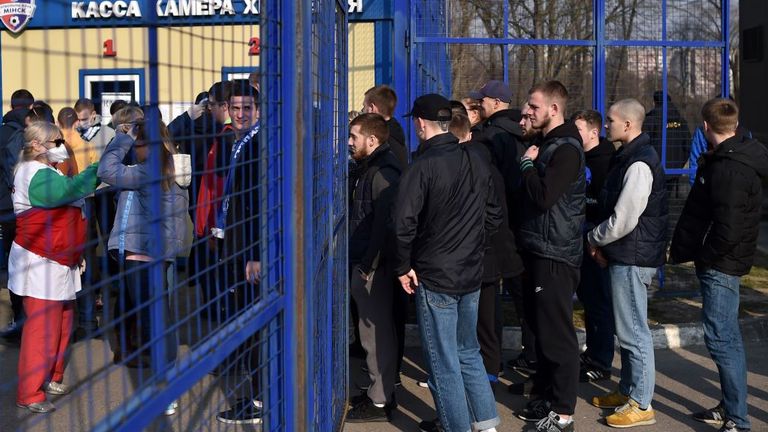 Image: Temperature checks were in force at some football matches – social distancing was not

In recent weeks, the president has suggested that Belarusians should drink 50ml of vodka a day to ward off the virus, but not at work – advice that is completely at odds with recommendations from the World Health Organisation.

He has also stated that regular trips to the sauna, working in the fields and having breakfast on time are the best ways to stay healthy – dismissing stricter measures imposed in neighbouring Russia and elsewhere as “frenzy and psychosis”.

Mr Lukashenko has also vowed that Belarus will still celebrate Victory Day on 9 May – a day when elderly veterans from World War Two parade through the streets. This is despite data that shows older people are more susceptible to contracting coronavirus in public spaces. 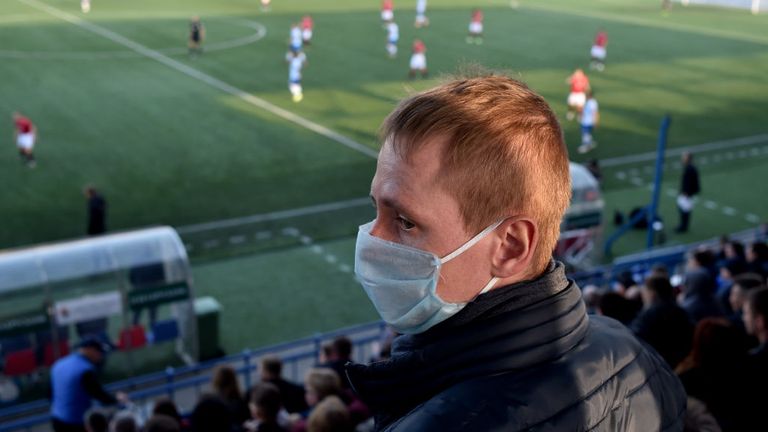 Image: Professional football has ground to a halt around the world – not in Belarus

According to the Belarusian Telegraph Agency, the president said: “We are not cancelling anything. We will host all the events we have planned … Let God protect us from the coronavirus.”

In separate remarks on Friday, Mr Lukashenko said he “really liked” Donald Trump’s statements calling for US businesses to reopen and Americans to get back to work.

“There were many people urging me to close borders, enterprises and begin a nationwide quarantine. Back then I made a principled decision: we will implement a quarantine only when it is really needed,” he added.