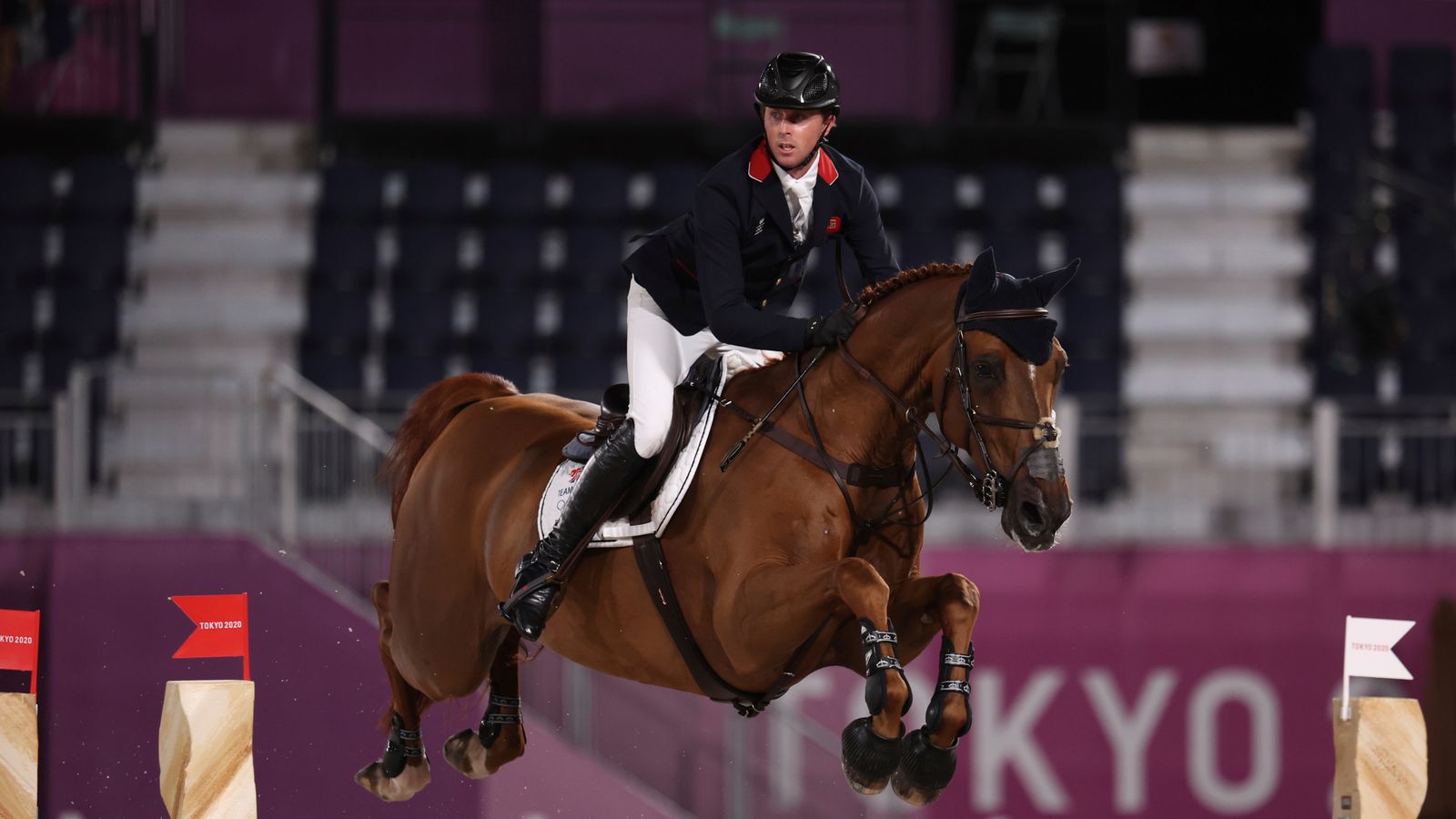 The 38-year-old from Enfield had a tough battle for the Olympic medal, facing five other riders in a jump-off following a close final round.

He adds this gold to the team gold he won at London 2012 alongside Skelton, Scott Brash and Peter Charles.

Fellow Britons Harry Charles and Scott Brash failed to win a medal in the individual event.

There was disappointment for Brash on Hello Jefferson following an immaculate jumping round, but one time penalty saw him miss out on the jump-off, ending his medal chances.

Charles, meanwhile, had four fences down on Romeo 88 and retired just before the end of his round.