Country star Blake Shelton surprised his bride Gwen Stefani during their weekend wedding by performing a song he had written in place of traditional marriage vows.

The couple, which met as judges on U.S. reality show The Voice, tied the knot at Blake’s Oklahoma ranch on Saturday, and invited TV personality and longtime mutual friend Carson Daly to officiate the ceremony.

Carson, who hosts The Voice, was “honoured” to play a part in the artists’ big day, and has now revealed that he had to convince them to personalise their vows.

“One of the things I went to them months ago (with), was, ‘I think you should write your own vows, we shouldn’t just do the, ‘Repeat after me,” he shared on U.S. breakfast show Today.

“They were really reluctant to do that, but they decided to, because these are two of the best songwriters in the world, we want to hear your words.”

Rocker Gwen had guests moved by her emotional speech as she shared her childhood hopes about finding lasting love, but it was Blake who stole the show by bringing out a guitar to debut a tune he had written for the special moment.

“At the wedding, Gwen starts, and she wrote this, ‘Since I was a little girl, blah blah blah…’ and she crushes. Not a dry eye in the church, and it was so perfect, that I said to Blake when she was done, I’m like, ‘Top that, buddy!'” Carson recalled.

“And Blake starts by saying, ‘Gwen’s always giving me a hard time about not writing enough songs, so I wrote a song.’ A guitar comes into the frame, stool, next thing you know, he wrote her a song, and he sings her a song while he’s crying, that he wrote specifically for her.

“Reach the Star, I think it’s called, and (there was) not a dry eye in the house! And that was really a highlight.”

The TV presenter let Blake know the personal song would make a great hit single, and he hopes fans will one day get to hear the track for themselves.

“I told him, because when he was singing his vows…, the radio guy in me, I’m like, ‘That’s a hit song,'” Carson insisted. “I don’t think he had a name for it. I texted him last night and… he said Reach the Star was the working title. Hopefully he’ll record it.”

Reflecting on the weekend celebrations with the new husband and wife, Carson shared, “The best way to describe it is it was perfectly them – the whole weekend and the marriage itself.

“It was as elegant and refined and cool as Gwen is, and it was as country and down-home and fun as Blake is.”

Gwen was previously married to Bush frontman Gavin Rossdale, the father of her three sons, for 13 years until 2015, while the union is Blake’s third. He was initially wed to his high school sweetheart Kaynette Williams, and later enjoyed a four-year union with fellow country singer Miranda Lambert until their divorce in 2015. 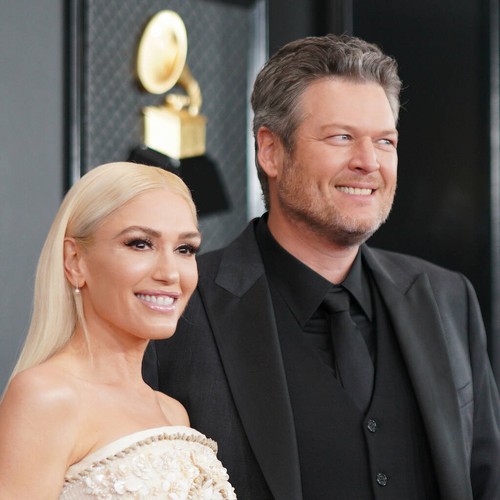 ‘Biggest thing in football since 1966′: Fans’ excitement for semi-final against Denmark builds