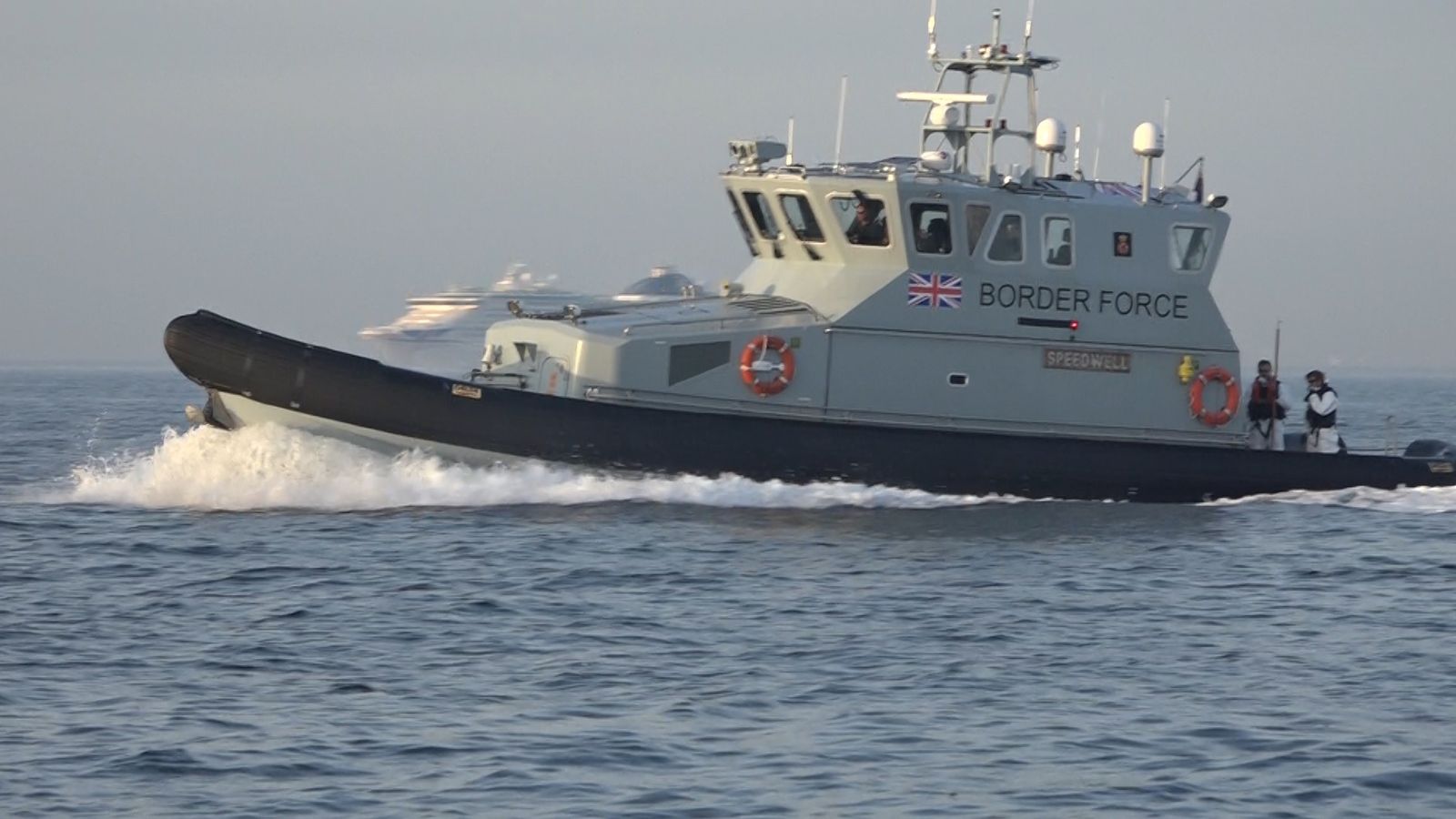 A Border Force patrol boat has met an inflatable dinghy carrying around 20 Syrian migrants off the coast of Dover.

Those on board were seen waving and smiling as the vessel made its way across the English Channel on Monday morning.

The migrants were met by the patrol boat Hunter shortly after 7am with the White Cliffs in sight.

It comes as a government minister told Sky News that the “unacceptable situation” of migrant crossings in the English Channel “absolutely needs to stop”.

Speaking to Kay Burley @ Breakfast, care minister Helen Whately said: “We do have an unacceptable situation of many migrants coming across the Channel at the moment.

“It’s also a dangerous route, there’s real risk to life for those coming across, it’s obviously a form of illegal immigration, it’s not the right way to come to the United Kingdom.

“So, we are taking action.”

Ms Whately added: “The important thing is we work together with the French to stop this flow of migrants.

“It’s not a safe way for them to try and get here, it’s incredibly dangerous, it also means money is going to people smugglers, so it absolutely needs to stop.”

Manchester students among hundreds told to isolate amid coronavirus outbreaks

2 Chainz is to release a new album