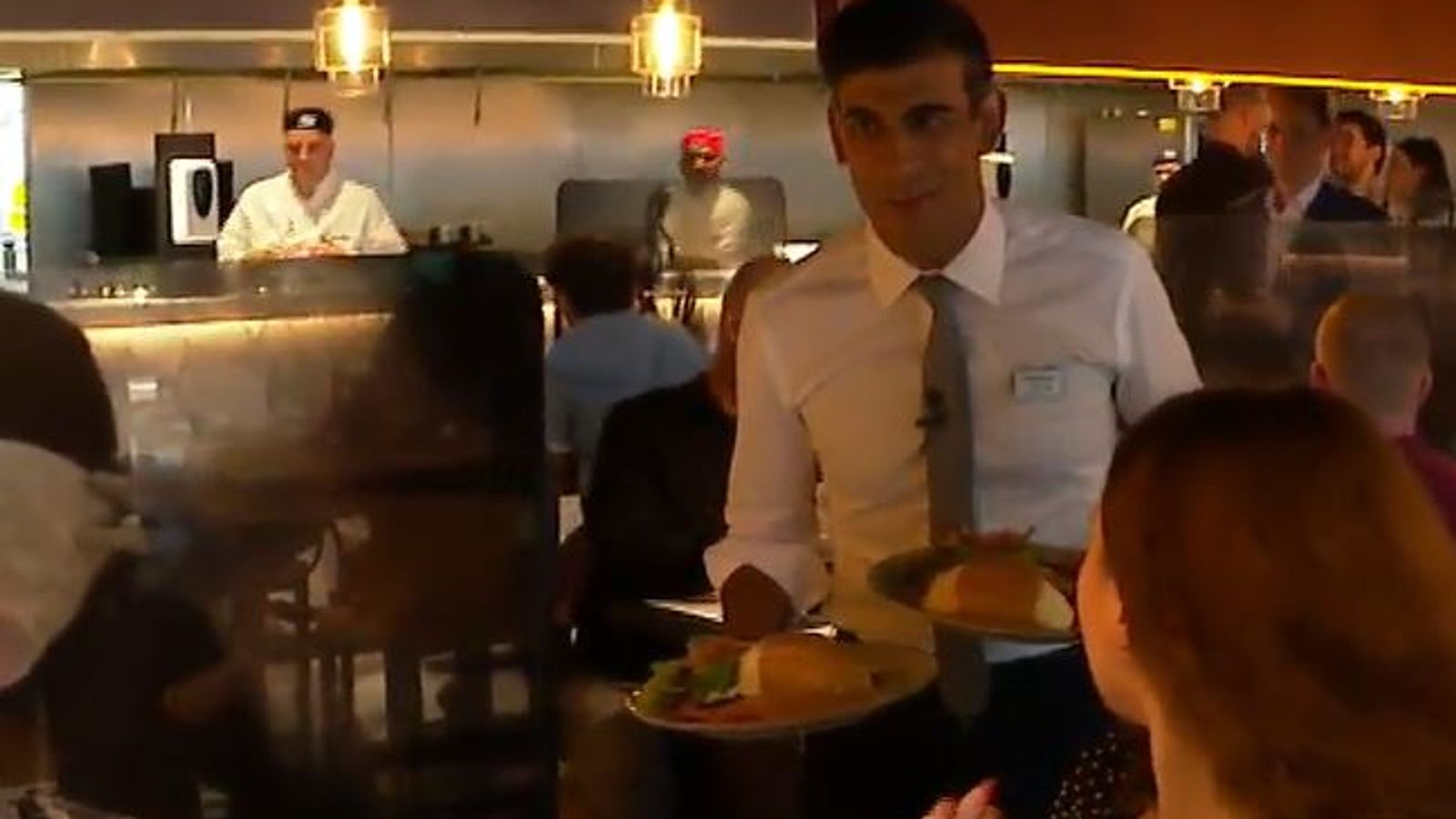 Hospitality and retail bosses representing millions of private sector workers have warned ministers that enforcing the payment of rent accrued during the pandemic could put them “at risk of insolvency or takeover”.

Sky News has obtained a letter to the Business Secretary Kwasi Kwarteng and Michael Gove, the new levelling-up secretary, in which the heads of UK Hospitality (UKH) and the British Retail Consortium (BRC) demand clarity over a new arbitration system being set up to determine the size of rent arrears that businesses will have to pay.

The letter, which was sent on Thursday, expresses concerns about the government’s policy that “those tenants that can pay in full should do so”.

Latest coronavirus updates from the UK and around the world

“Interpretation of this statement is key,” Kate Nicholls of UKH and Helen Dickinson of the BRC said.

“A tenant’s ability to pay rent arrears will depend on their viability not just at the point of arbitration, but over the duration of the period in which they are expected to pay arrears.

“This must take into account arising liabilities and obligations of the business including reasonable forecasts of turnover and trading conditions.

They argued that it was “vital that the criteria considered when determining whether a tenant can pay any rent arrears include any that would cause the tenant to take on further borrowing, restructure, not be able to meet other legal and contractual commitments, or place themselves at risk of insolvency or takeover”.

Their letter was sent on the day that the government’s coronavirus furlough scheme, which has cost taxpayers in the region of £70bn, came to an end.

The government announced details of the new rent arbitration system in August, with its implementation expected in March next year.

The trade bodies urged Mr Kwarteng and Mr Gove to introduce “starting point of a 50% writedown of rent arrears” for businesses which have been “severely impacted” by the COVID-19 crisis.

In total, the retail and hospitality sectors employ more than six million workers, accounting for almost 10% of UK GDP.

Ms Nicholls and Ms Dickinson urged ministers in the letter to allow companies’ auditors to sign a declaration regarding the extent of the rent arrears they are able to repay.

“This would streamline the process for arbitrators by putting the burden of assessing viability on applicants.

“While we recognise that not all businesses use auditors, it could be an option for those applicants that wish to use them.”

They also called for the scope of the arbitration process to be widened by enabling any business which had been forced to close since March 2020 to use it.

“Consideration must be given to those who, either by virtue of their location (e.g. a pharmacy in a train station), or the nature of their business (e.g. a supplier to a clothing store), was closed by choice as a result of being unviable during the pandemic,” the trade association bosses wrote.

In their letter, they also warned against arbitrators being given excessive powers, such as the ability to force a tenant to remain in a property to repay rent arrears even when “neither they nor the landlord might want them to do so”.

“Instead, we propose that arbitrators’ decisions should be confined either to conditions that both landlords and tenants have submitted in their proposals or to ones that both agree to during the arbitration process.”