Brian May forced out of home by British forest fire

Brian May was forced to evacuate his home in Surrey due to a nearby forest fire.

Firefighters scrambled to contain the blaze on Chobham Common over the weekend and by Sunday they had successfully halted the inferno.

However, Brian detailed in a post on Instagram that when the fire was at its height, he was forced to flee his home near Sunningdale Golf Course.

Next to pictures of himself and Anne Brummer of his Save Me Trust wildlife charity viewing the torched landscape, May wrote that seeing the fire was ‘shocking and traumatic’.

“These pictures show Anne Brummer and I this afternoon, surveying the forest fire which is still smouldering less than a mile from my own house and studio, and the fond relics of my entire life,” he explained.

“Today Se (sic) were able to begin to thank the amazing firefighters who risked their lives to contain this huge and treacherous wild furnace on the heath land of Sunningdale Golf Course – which actually adjoins my property,” he added.

Telling viewers the fire had driven him out of his home, the Queen rocker revealed: “Yesterday, I was rescuing as many precious things from my house as was practicable, under threat of the whole thing going up in flames, but praying that the horror would not happen.”

Thanking firefighters for saving his house, the Don’t Stop Me Now hitmaker continued: “Today my prayers were answered – the fire is under control, but the danger is not over. While this dry heatwave lasts there is still a massive risk of a flare-up leading to disaster.”

The star went on to slam underfunding of Britain’s ‘criminally cut back’ fire services and wrote that a change in the country’s economic priorities is needed to stop future blazes. 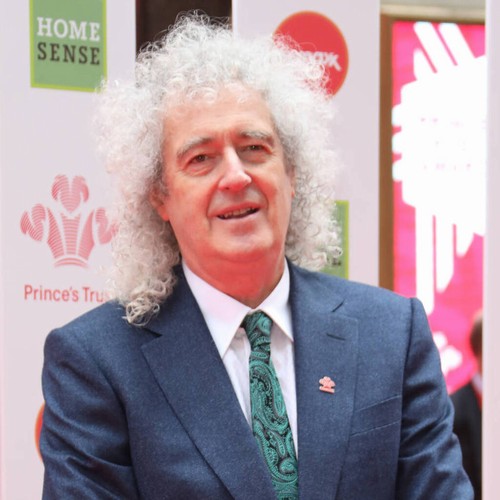