British teen tennis star through to final 16 at Wimbledon 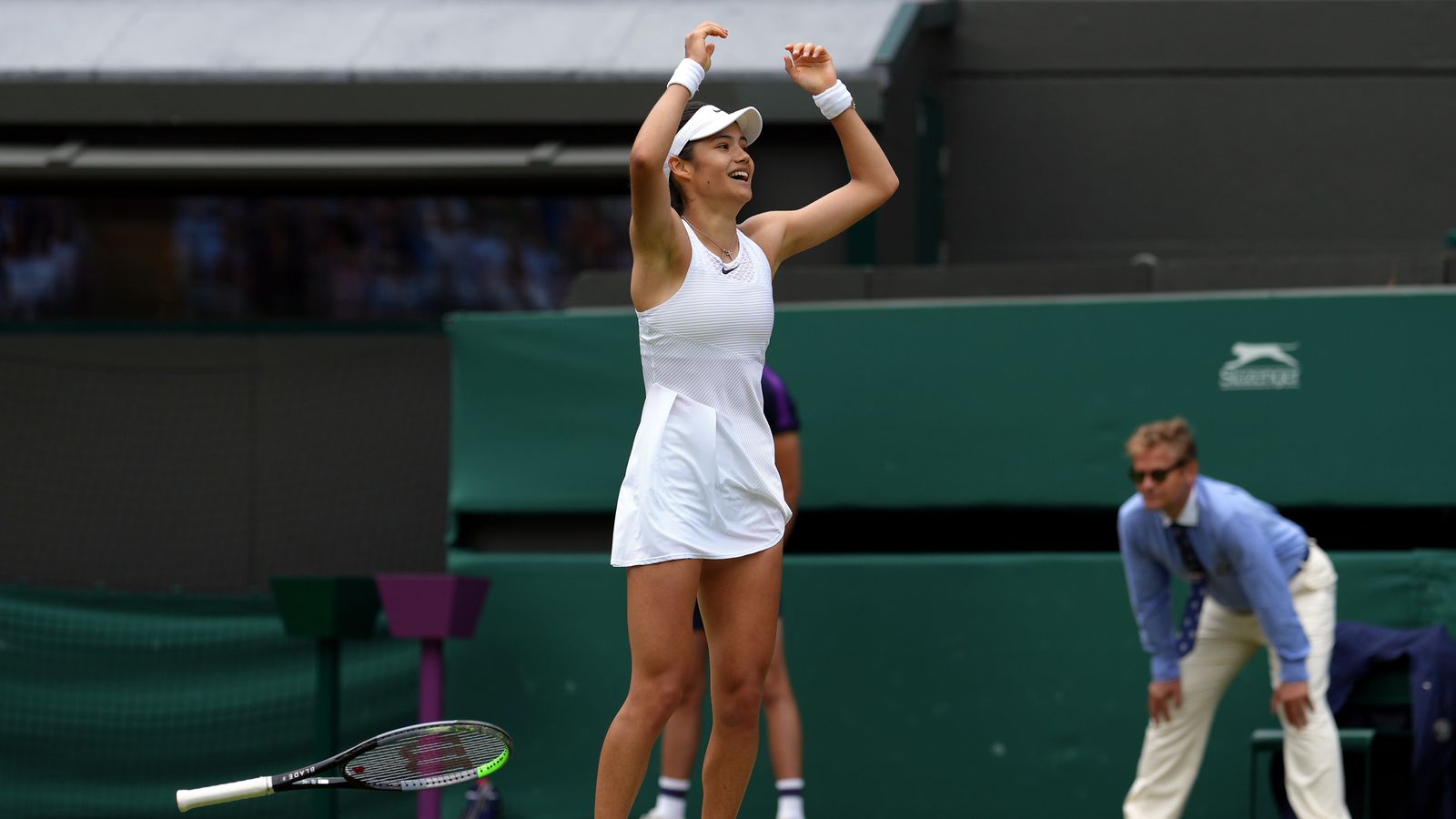 Teenage tennis sensation Emma Raducanu has won through to the final 16 at the Wimbledon Championships after a straight sets victory in the third round.

The 18-year-old’s fairytale debut tournament continued with a stunning triumph over world number 45 Sorana Cirstea on Court One that ended 6-3 7-5.

The breakthrough Wimbledon star, who is waiting for her A-Level results, has quickly become the story of the Championships, previously beating qualifier Vitalia Diatchenko and former French Open finalist Marketa Vondrousova to reach the third round without dropping a set.

She has been known as a serious talent within the British game for many years, but making the leap from juniors to seniors can be notoriously difficult.

However, the Kent teenager, who was a quarter-finalist in the junior event three years ago, has made the transition look seamless so far.

He coach, Nigel Sears, who as well as being Andy Murray’s father-in-law is one of the most experienced coaches on the women’s tour, said: “Quite frankly, I think the sky’s the limit.”

Raducanu stayed in school to complete A levels in maths and economics, only finishing a couple of months ago, with competitive tennis taking a back seat during the coronavirus pandemic.