The pair have teamed up to record an album, which appears to be called ‘An Evening With Silk Sonic’, and the first tune from the record – which also features “special guest host” Bootsy Collins – will be released on March 5th.

Bruno wrote on Twitter: “We locked in and made an album. The band’s called Silk Sonic. First song drops next Friday 3/5. (sic)”

Rapper Anderson tweeted: “WE MADE AN ALBUM!! YALL GET THE FIRST SONG NEXT FRIDAY 3/5!! ROCKET EMOJIS AND ALL THAT!!! (sic)”

Big Sean replied: “Yes!!!!! So this what u was talking bout “another album I’m doing” [laughing emoji] (sic)”
Bruno and Anderson are no strangers to working together, after they toured with each other on the 35-year-old singer’s ’24K Magic World Tour’ in 2017.

There was speculation at the time that the pair had worked on new material with Chic guitarist Nile Rodgers and a member of Disclosure, after a video emerged on social media of the quartet at the famous Abbey Road Studios in London.

The ‘That’s What I Like’ hitmaker teamed up with Ed Sheeran and Chris Stapleton for single ‘Blow’ in 2019, which appeared on Ed’s ‘No.6 Collaborations Project’ album, and in the same year he released song ‘Please Me’ with Cardi B. 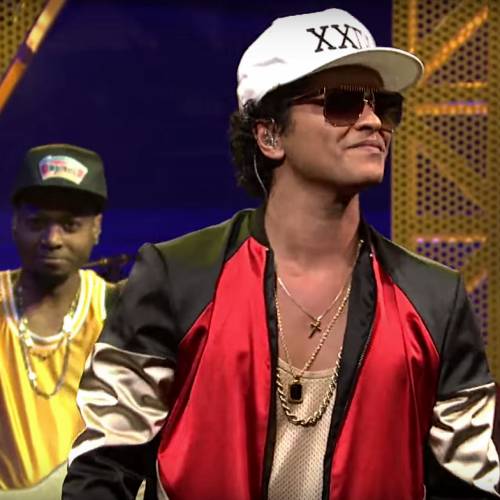