Bryan Adams says his new album has been delayed because he switched record labels.

The ‘Run to You’ rocker recently signed to BMG, which caused a minor setback in his release schedule, but over the weekend he told fans they can expect the first single from his 15th LP – the follow-up to 2019’s ‘Shine a Light’ – in October.

Alongside a snap of his new vegan leather jacket, he wrote on Instagram: “If you’d wondered why it was taking so long to get the new album out, it’s because I’ve changed labels, and joined up with @bmg_us to release my 15th studio album. The first song will be released in October. I can’t wait for you all to hear it and there will be more news as we get closer! #bryanadamsalbum15 PS: that’s a new vegan leather jacket from #Zara. (sic)”

A release date for the album is still yet to be revealed.

On signing the Canadian rocker, Thomas Scherer, BMG’s president of repertoire and marketing in LA and NYC, said: “As soon as we met with Bryan and his team to listen to the album, we instantly connected with the songs.

“This record is the perfect showcase of his exceptional artistry, performing all the music while also producing. We are very proud to welcome him to BMG, his first new label home in 40 years, and provide our best-in-class global service to a global superstar of his stature.”

The ‘Summer of ’69’ hitmaker joins the likes of Duran Duran and Kylie Minogue at BMG.

The 61-year-old musician recruited Ed Sheeran and Jennifer Lopez for his last record.

On co-writing with the ‘Shape of You’ hitmaker, he said at the time: “I met Ed in Dublin this year at one of his shows and we kept in touch.

“One day I sent him a chorus I had for a song idea I had called ‘Shine A Light’ and asked him if he was interested in collaborating on it.

“I got a couple of verses back a few days later, and man you should hear him sing it!”

The ‘When You’re Gone’ singer also joined forces with US pop superstar Jennifer, 52, on the ballad ‘That’s How Strong Our Love Is’. 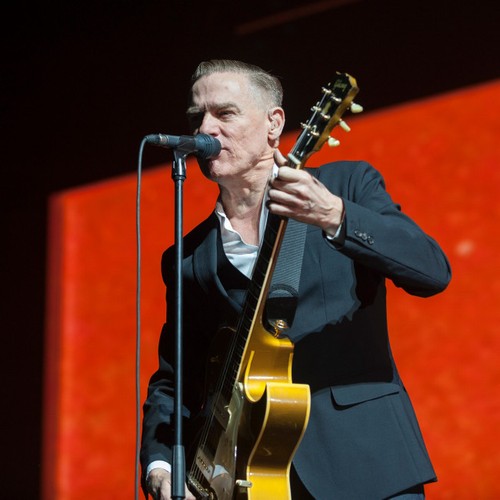