BTS have vowed to win a Grammy one day.

The boy band – comprising RM, Jin, Jimin, J-Hope, Jungkook, V and Suga – became the first K-pop act to receive a major Grammy nomination, but mega-hit ‘Dynamite’ lost out in the Best Pop Duo/Group Performance category to Lady Gaga and Ariana Grande’s collaboration ‘Rain on Me’ at this month’s ceremony.

However, not winning has become a “driving force” for them to take home one of the prestigious golden gilded gramophone trophies in the future.

During an appearance on the South Korean talk show ‘You Quiz On The Block’, V said: “Not winning somehow refreshed me. I think it will be a driving force for becoming better.”

Suga added: “We didn’t get an award this year. But we want to be active as singers for a long time, it’s difficult of course, but perhaps next year, or the year after or before the end of our career, we want to get a Grammy.”

Jimin had said he wasn’t disappointed that they lost right after the awards show.

He shared a selfie on Twitter and wrote: “Everyone has a hard time staying with us until this time! Thank you for supporting me Thanks to this, I have experienced such a ridiculous experience. Thank you very much and I am happy, ARMY! Love it.” 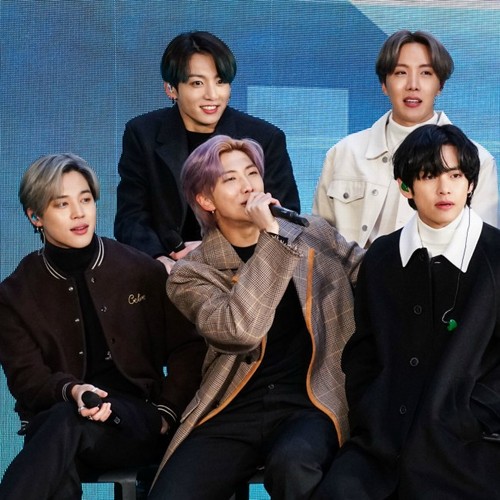