Camila Cabello, Lil Nas X, LORDE, Machine Gun Kelly and Olivia Rodrigo are set to perform at the 2021 “VMAs’’, broadcast in the UK on Monday 13th September at 9pm, on MTV!

Camila Cabello
Known for delivering headline-grabbing moments every time she steps onto an iconic MTV stage, Camila Cabello is set to make a must-see “VMAs” return with a performance of “Don’t Go Yet,” following her steamy 2019 “Senorita” performance with Shawn Mendes.

Lil Nas X
International powerhouse Lil Nas X will battle it out for the highly-coveted “Video of the Year” award and bring yet another genre-defying hit to the “VMAs” stage. He last graced the storied stage in 2019 for a ground-breaking performance of “Panini.”

LORDE
Making her highly-anticipated return to the “VMAs” stage for the first time since 2017, LORDE will deliver an explosive world premiere performance from her critically-acclaimed new project, Solar Power, dropping August 20th.

Machine Gun Kelly
Machine Gun Kelly makes his debut on the iconic “VMAs” stage, bringing a world premiere performance of new single “papercuts” to life, off his forthcoming album born with horns. The reigning “Best Alternative” musician, who took home his first-ever Moon Person at the 2020 “VMAs,” is once again nominated in the same category.

Olivia Rodrigo
Multi-platinum singer/songwriter Olivia Rodrigo will take the “VMAs” stage with a performance of “good 4 u.” The first-time nominee is up for five awards, including two of the night’s biggest: “Artist of the Year” and “Song of the Year.”

Additional performers to be announced soon.

VOTING: Fans can vote for their favorites across 14 gender-neutral categories, including “Video of the Year,” “Artist of the Year,” “Best Collaboration” and more by visiting vma.mtv.com through Friday, September 3, 2021 – thanks to Burger King®, the presenter of this year’s award voting. Voting for “Best New Artist,” Presented by Facebook, will remain active into the show on Sunday, September 12, 2021. Nominations for social categories including “Best Group” and “Song of Summer” will be announced at a later date. 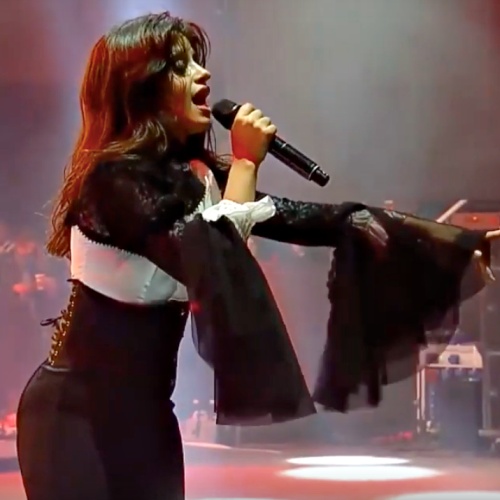