Cardi B has hit back at Carole Baskin after the Tiger King star slammed her for using big cats in her new WAP video.

The rapper’s claws are out after Baskin attacked her raunchy promo, in which Cardi appears alongside Megan Thee Stallion, for featuring tigers and leopards. Cardi has now taken aim at the reality star by accusing the animal lover of murdering her missing husband Jack Lewis.

“I’m not gonna engage with Carole Baskin on that,” Cardi told i-D. “Like, that’s just ridiculous, you know? Oh, Lord. Like, girl you killed your godd**n husband.”

In hit 2020 Netflix docu-series, Carole’s rival Joe Exotic alleged she murdered her husband, Jack, who went missing in 1997. Carole has denied any involvement in his disappearance.

The WAP promo features a menagerie of wild animals, including tigers and leopards, and while the big cats were filmed separately and digitally inserted into the video, the CEO of Big Cat Rescue near Tampa, Florida, expressed her concerns about the use of the creatures in a statement.

“My guess is that most people won’t even see the photoshopped cats in the scenes because the rest of it is so lurid,” Carole said. “I was happy to see that it does appear to all be photoshopped. It didn’t look like the cats were really in the rooms with the singers.”

Despite the safety steps, however, Carole insisted the shooting process could still be damaging to the big cats, explaining: “You have to pose a wildcat in front of a green screen to get that image and that doesn’t happen in the wild. It can’t happen in sanctuaries like ours, where cats have plenty of room to avoid a green screen (or would shred it if offered access and could die from ingesting it).” 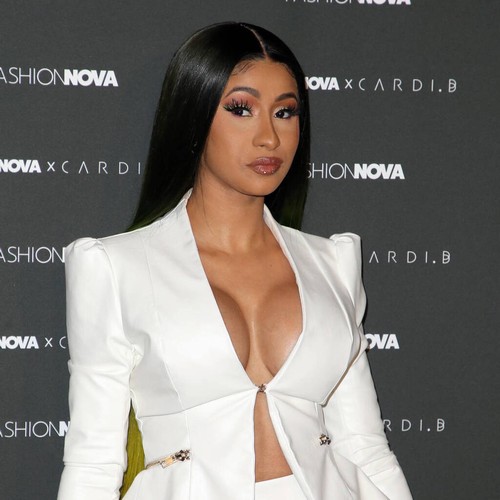 Olympic champion urges men to ‘check themselves’ after ignoring lump