Tiger King star Carole Baskin has taken aim at Cardi B and Megan Thee Stallion for filming with big cats for their WAP video.

The pair dropped the video for its collaboration on Thursday, featuring an array of famous faces, including Normani and Kylie Jenner, in a mansion that features tigers and leopards.

While the animals were filmed separately and digitally inserted into the clip, Baskin, the CEO of Big Cat Rescue near Tampa, Florida, expressed misgivings in a statement about the use of the animals in the video.

“You have to pose a wildcat in front of a green screen to get that image and that doesn’t happen in the wild,” she said. “It can’t happen in sanctuaries like ours where cats have plenty of room to avoid a green screen (or would shred it if offered access and could die from ingesting it).

“My guess is that most people won’t even see the photoshopped cats in the scenes because the rest of it is so lurid. I was happy to see that it does appear to all be photoshopped. It didn’t look like the cats were really in the rooms with the singers.”

She went on to suggest the filmmakers might have worked with “one of the big cat pimps”, who she accused of “beating, shocking and starving cats to make them stand on cue in front of a green screen in a studio”.

Carole also feared the video could “glamorise the idea of rich people having tigers as pets”.

“That never works out,” she added, “and the cats either die or end up dumped in sanctuaries or worse yet, breeding mills. Either way, it’s always abusive to the cat.” 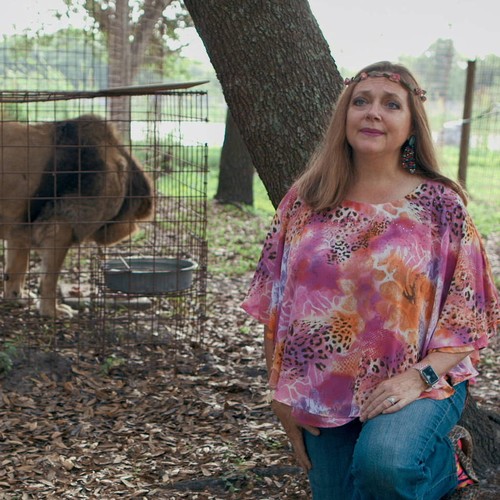 Volcano erupts, sending column of ash 5,000m into the sky