Cheers! Pub numbers grow for the first time in a decade

The pubs sector has served up an unrelenting diet, seemingly, of bad news for most of this century.

Today though, courtesy of the Office for National Statistics, there was some rare good news.

The ONS revealed that, for the first time in a decade, the number of pubs and bars in Britain rose last year.

Some 315 more licensed premises opened than closed, taking the total to 39,130, even though the total since 2001 has fallen by a quarter.

The reasons for that decline are numerous.

They include a general shift towards lower alcohol consumption on health grounds, competition from cheap supermarket booze, higher overheads in the form of rents and business rates and the ban on smoking in public places, introduced in Scotland in 2006 and in England, Wales and Northern Ireland the following year.

So it is very significant that the sector appears to have turned a corner.

Within the figures, however, there are some interesting trends.

The number of small neighbourhood pubs and bars employing 10 people or fewer, what might be referred to as a local, rose by 85 – the first rise in this group for more than 15 years.

The number of establishments employing between 10 and 24 people rose by 50.

However, the strongest growth by far was in larger premises, with the number of pubs and bars employing 25 people or more rising by 180.

Contrary to what many people might think, that growth has not come from JD Wetherspoon which, between September 2018 and September 2019, actually reduced the size of its estate by four – although the company has said that, during its current financial year, it intends to open between 10 and 15 pubs and as many as 60 over the next four years.

Nor has the growth come from EI Group, the UK’s biggest pub company, which was previously known as Enterprise Inns.

The company, which is in the process of being taken over by privately-owned Stonegate Inns, said at its most recent results in November last year that the total number of pubs it has – either tenanted, leased or managed – fell by 187 during the year to the end of September 2019.

Greene King, the UK’s biggest combined pub and brewing business, which last year agreed a £4.6bn takeover by Chinese billionaire Li Ka-shing, said just before Christmas that it too had been offloading pubs in 2019.

Of the other major pub operators, Mitchells & Butlers, the owner of the Toby, Harvester and All Bar One chains and which was the pubs arm of the old Bass brewing empire, also very slightly trimmed the number of outlets it has during the last financial year. 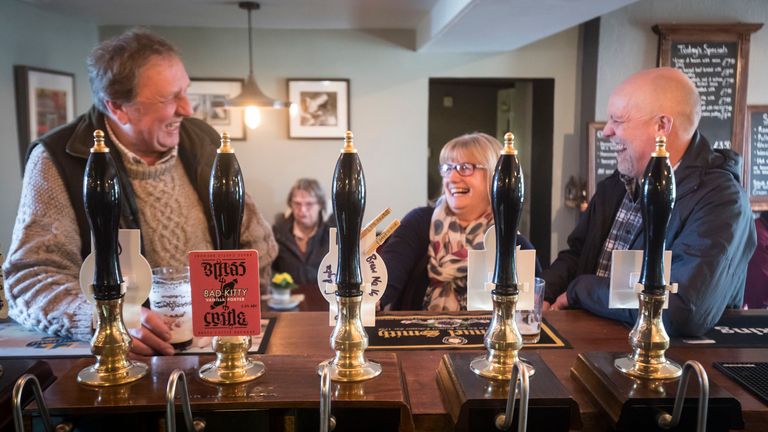 Image: The number of smaller ‘local’ pubs has risen for the first time in 15 years

So the growth appears to be coming from smaller operators, like Brewhouse & Kitchen, the fast growing microbrewery and pub business founded by the industry veteran Kris Gumbrell.

It opened 19 brewpubs between 2015 and 2018 and is now eyeing further expansion.

Despite the drop in the number of pubs and bars during the last two decades, the ONS revealed today that employment in the sector has risen sharply, thanks to an increase in the number of people working as pub kitchen and waiting staff.

The ONS said that pubs and bars now employ more people serving food than people working behind the bar.

Since 2016, though, it said those serving food now outnumber those working behind the bar.

The ONS added: “The tendency in pub and bar enterprises to employ more people serving food may be a reaction to changing consumer habits.

“There is a long-term trend towards people spending more of their household income on eating out and less on drinking out.

“We are monitoring the slight decline in spend on meals eaten out in the financial year 2017 to 2018, as this may not be indicative of a consistent trend.”

Because consumers spend more in pubs and bars on food than they do on drink, it means the total turnover of the pubs and bars sector rose in 2017 by 3.8% to £23.3bn, a figure not seen since the global financial crisis erupted in 2008.

It is certainly possible that, as the ONS suggests, the rise between 2018 and 2019 might be a short-term blip.

Smaller pubs, for example, were the beneficiaries of a discount in their business rates in former Chancellor Philip Hammond’s budget in October 2018.

That may have saved some pubs from going to the wall.

Mr Hammond also froze duty on beer, cider and spirits in that budget.

Other factors may also be at play. 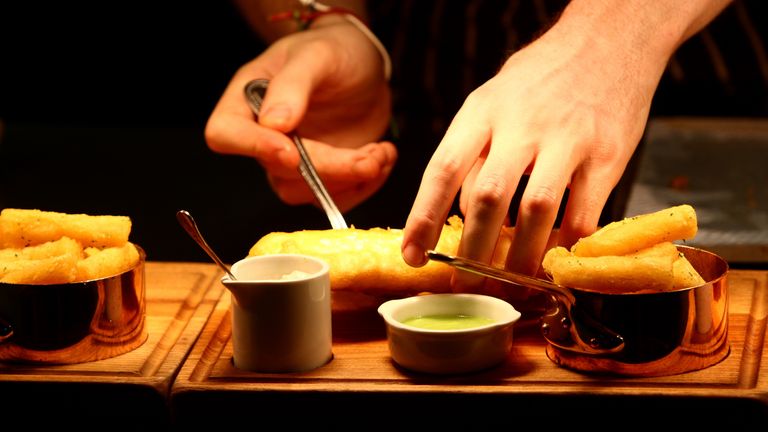 Image: The quality of pub food has improved immeasurably

One is that, following the heavy numbers of closures seen during the last two decades, the worst pubs have gone to the wall, while those which have survived have raised their game and thrived.

Few would dispute that the quality of pub food has improved immeasurably during the last two decades.

So too has the quality of cellaring following the rise in popularity of cask ales and craft beers.

It is harder to get a bad pint than was once the case.

Another factor is the way that a lot of communities have rallied round their pubs in the face of mounting closures.

Campaigns such as Long Live The Local, fronted by the former model Jodie Kidd, have done much to highlight the value of pubs and bars to their local communities.

Even more important than that, arguably, was the pressure applied by the Campaign for Real Ale.

Its membership has almost doubled during the last decade and it has been a key driver in protecting pubs threatened by development.

Changes in the law, for which it campaigned successfully, include winning ‘Asset of Community Value’ status for threatened pubs.

It has made it much harder for developers to demolish pubs or convert them to other uses. 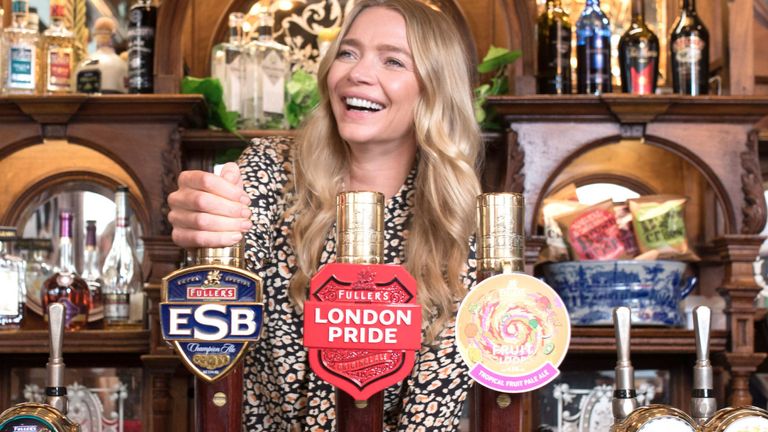 Image: Campaigns such as Long Live The Local, fronted by Jodie Kidd, have highlighted the value of pubs and bars to their local communities.

Across the UK, meanwhile, the trend for pub and bar closures over the last 18 years has been bucked in a handful of places.

While the overwhelming majority of local authority areas have seen big numbers of closures, a small number of places have seen an increase in pub and bar openings, including the Scottish highlands, Mid-Devon, Crawley, Redditch, Fylde, Blackpool, Newcastle-upon-Tyne and the London borough of Hackney.

The latter is a particularly interesting contradiction to the general trend for London, where pub and bar closures have been significantly higher than the national average, due partly to the fact that the capital had a disproportionately high number of pubs to begin with and also, it has been claimed, because of a rise in the number of Muslims, whose religion prevents them from drinking alcohol.

There were falls of 50% in Waltham Forest and of 46% in each of Enfield and Hounslow.

So, while it is good news that the decline in pub and bar numbers has been stemmed, it is by no means clear that the numbers will ever return to the levels seen in the early years of this century.