The British public have been been urged to take part in a nationwide salute tonight to thank NHS staff battling the spread of coronavirus.

Organisers of the “Clap for our Carers” initiative have planned a round of applause in a show of appreciation to doctors, nurses and all those tackling the COVID-19 outbreak.

It is set to take place at 8pm this evening from the nation’s doorsteps, windows, gardens and balconies. Nation asked to ‘clap for our carers’ tonight

Backing the gesture, the Department for Health tweeted: “Join the nation at 8pm tonight to say THANK YOU to all health and social care staff on the frontline, who are working tirelessly across the country in the fight against #coronavirus”.

More than 470 deaths linked to coronavirus have been recorded in the UK so far.

In a statement, campaigners behind the initiative “during these unprecedented times” NHS workers “need to know that we are grateful”.

They added: “Please join us on 26th March at 8pm for a big applause (from front doors, garden, balcony, windows, living rooms etc) to show all nurses; doctors; GPs and carers our appreciation for their ongoing hard work and fight against this virus.”

When asked whether the prime minister would be taking part, Boris Johnson’s spokesman said: “The prime minister will take every opportunity that is available to him to express his support for the fantastic efforts of the NHS.” 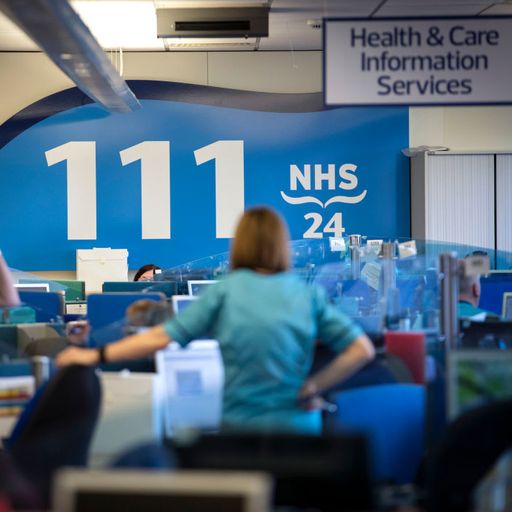 How to sign up to become an NHS volunteer responder

Despite the gesture, doctors and nurses have repeatedly complained about not having enough personal protective equipment (PPE) and feeling like “cannon fodder” in the fight against the virus.

They have also reported a lack of testing for healthcare workers.

In response to the increasing demands on the NHS, the government is opening a temporary hospital at an exhibition centre in east London and asking manufacturers to produce thousands of ventilators.

It also issued a call for 250,000 volunteers to sign up to help the NHS and vulnerable people affected by the outbreak. Health Secretary Matt Hancock said on Thursday that 560,000 people had already volunteered.