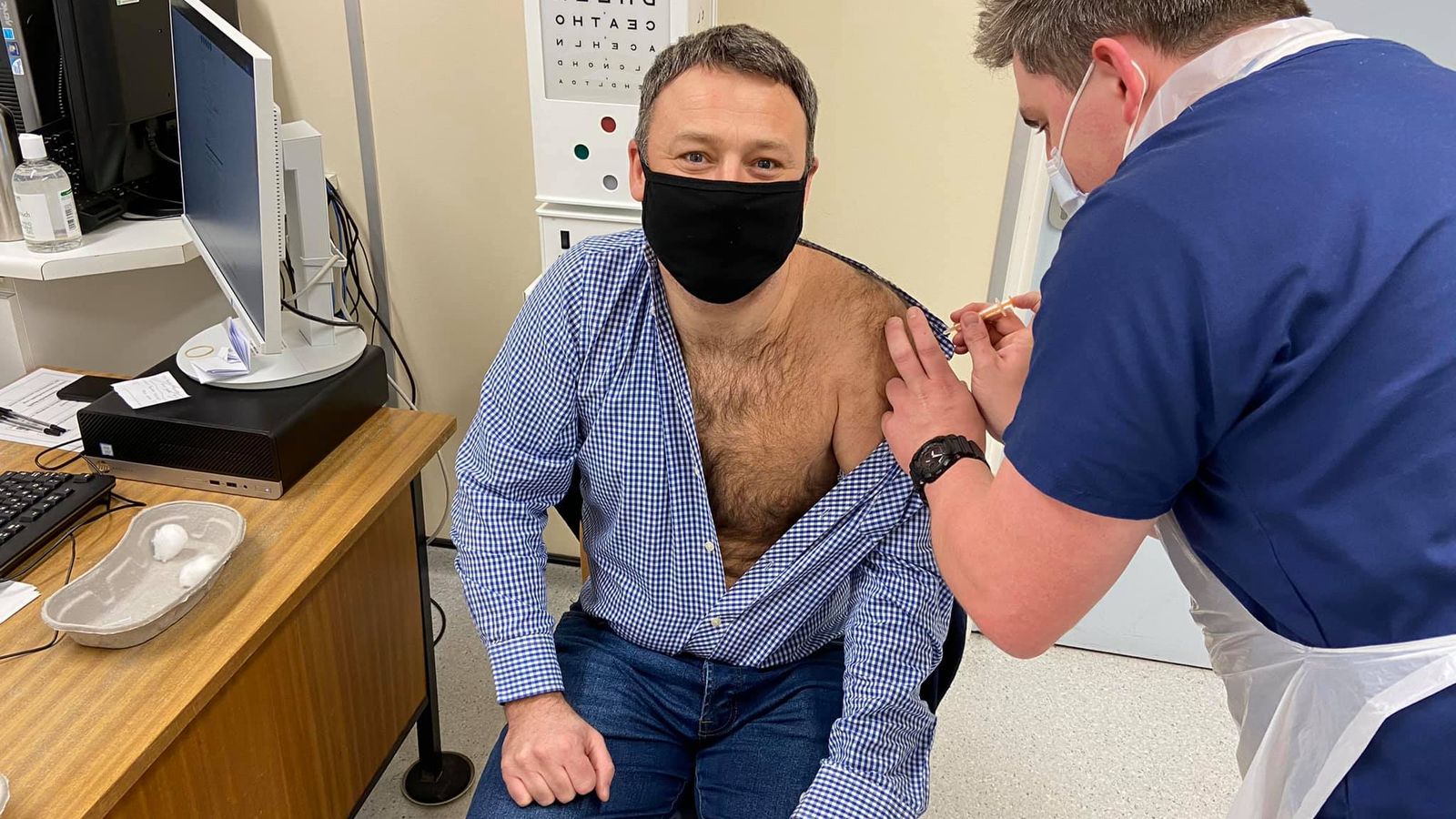 A Conservative MP has defended accepting a coronavirus vaccine, despite not being in one of the top priority groups.

Brendan Clarke-Smith, the 40-year-old MP for Bassetlaw, was given a COVID-19 jab on Friday after finishing a volunteering shift at Retford Hospital vaccination centre.

Live coronavirus updates from the UK and around the world

At the moment, vaccinations are being offered to people in the top four priority groups: the over-80s, over-70s, frontline health workers and people classed as extremely clinically vulnerable.

Mr Clarke-Smith, who was elected in 2019, said his dose was “left over” from the day’s stock and using it prevented it from going to waste.

He posted about it on his Facebook page on Friday, saying: “Around 500 people are vaccinated each day and it was very encouraging to see the lengths that staff went to in order to make sure that all doses for the day were used up and not thrown away.

The MP added: “As a volunteer I was also asked to have a vaccine.

“Many people have asked me about the safety of vaccines and I have always said that my family and I would all have no problem having one.

“Some have suggested that politicians should test them out first – although they are usually the same people who then say politicians get preferential treatment, so I suppose it’s difficult to win.”

He added: “I hope having the vaccine today will reassure people and that everybody who is offered a vaccine will take this up.”

Mr Clarke-Smith also posted a series of pictures from his day volunteering, including an image of a health worker administering his vaccine dose.

He wrote on Twitter: “Yesterday a 40-year-old old man volunteered at a local COVID-19 vaccination centre.

“The man was vaccinated despite thousands of local people on the government’s priority list still waiting anxiously and patiently.

“The man was the new Conservative MP for Bassetlaw.”

In a statement released on Tuesday, Mr Clarke-Smith stood by his decision.

“I have just started volunteering at a local vaccination centre in my constituency,” he said.

“At the end of a day of volunteering there were some left over vaccinations and rather than letting them go to waste they offered me a vaccination so I don’t put people at risk while continuing to volunteer.”

‘We just want you back for good’: Teachers awaiting return of students film Take That parody