Corey Taylor has branded anyone who attends a concert knowing they are “going to put people at risk” of catching COVID-19 a “f*****’ ***hole”.

The Slipknot frontman – who is due to continue his solo tour before hitting the road in the US with the ‘Duality’ rockers this year – has slammed anti-vaxxers who think having the coronavirus jab is like “signing a deal with the devil”.

Speaking to Heavy Consequence, he said: “People act like getting a vaccine is signing a deal with the devil.

“It’s been so politicised and spun out of control in these conspiratorial echo chambers that people forget that you can go find all the info you want online to educate yourself about everything about these vaccines.

“The fact that [vaccines] have been demonised, almost to the point of these gnarly conspiracy theories, no wonder why people are afraid of it – because they’re listening to the wrong people.”

And while the 47-year-old star doesn’t think it should be mandatory to have had the jab to attend concerts, he has hit out at anyone not using their “common sense” to decide whether it’s safe or not for them to be in close contact with others.

“So, for me, it’s a common-sense thing, but we don’t have a lot of common sense these days, man.”

The ‘Before I Forget’ rocker previously lambasted those who refuse to wear face masks to protect themselves and others against the virus.

Corey – who wears various gory masks on stage as part of his act – moaned: “If I can wear a mask for a two-hour Slipknot show, you can wear one for five minutes. It’s such f****** idiotic garbage.” 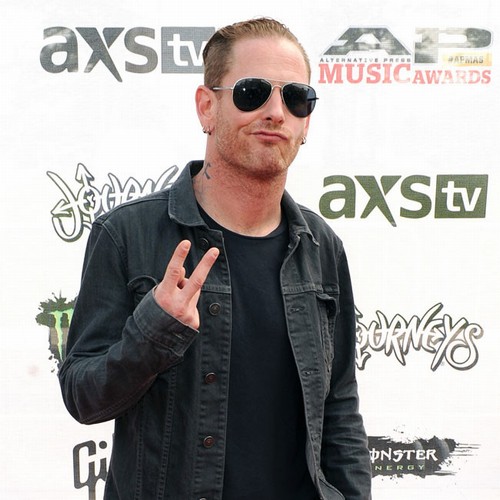 Steps to play Manchester as part of Radio 2 Live