COVID-19 infection rates drop again across the UK, according to ONS data 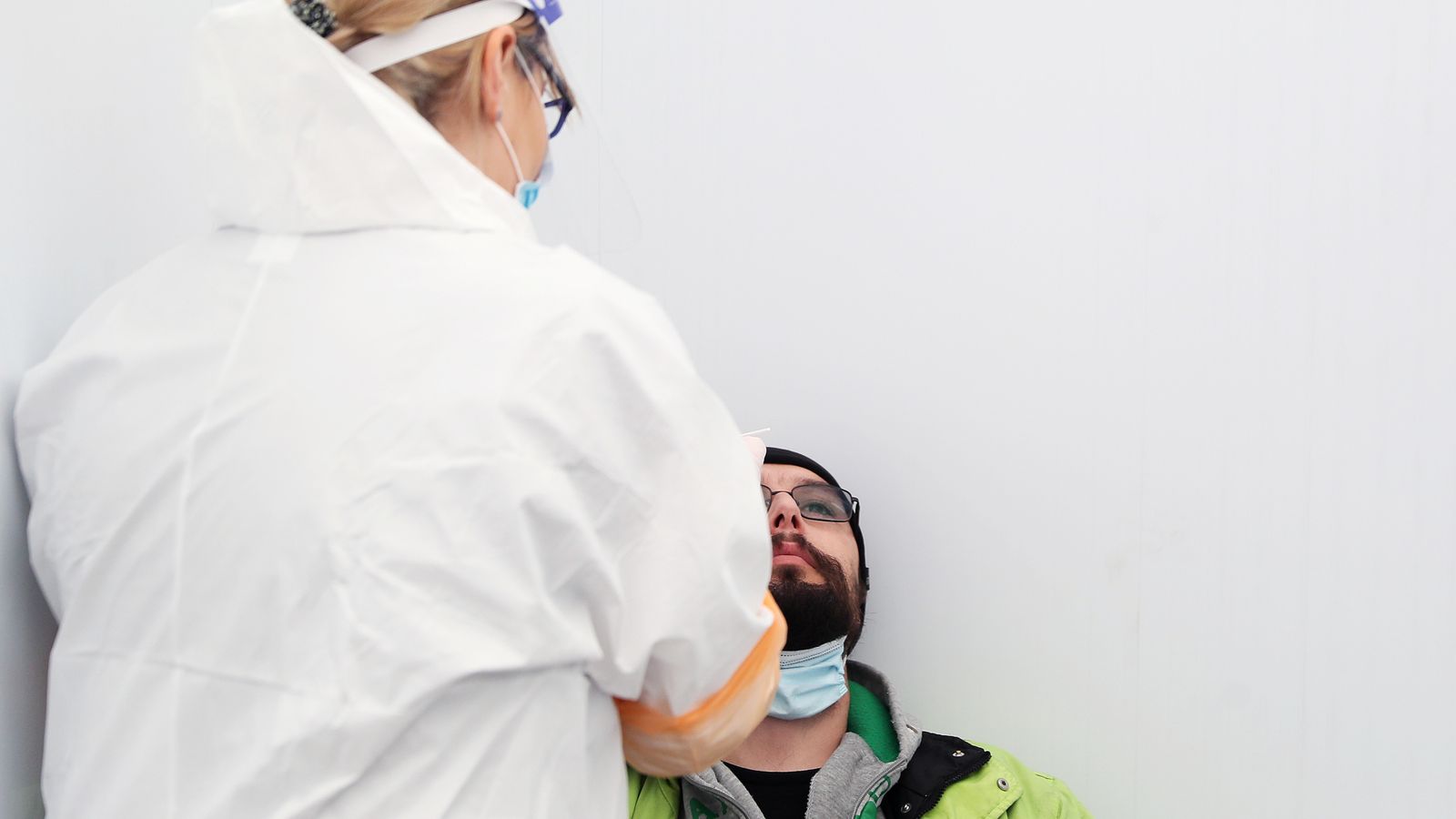 Coronavirus infection rates in the community have continued to fall further across the UK, according to the latest figures.

The estimates published by the Office for National Statistics (ONS) on Friday showed around one in 145 people in private households across England had COVID-19 between 13 and 19 February – down from one in 115 the week prior.

This is the lowest figure since the week of 2 and 8 October, when infection estimates were at one in 160 people.

A similar drop was seen elsewhere across the board. In Wales, around one in 205 people were estimated to have COVID in the same week, also down from one in 125.

The uniform decrease across all nations continues to show that restrictions against transmission are working – and also comes as the government has revealed its second phase of its vaccine strategy.

Following recommendations from the Joint Committee on Vaccination and Immunisation (JCVI), all four areas of the UK will begin to prioritise people based on their age after all vulnerable groups and the over-50s have been offered.

This means the over-40s will be next in line for their jabs, followed by the over-30s and the 18 to 29 age brackets.

A government spokesperson said on Friday that the UK “remained on course” to meet its rollout targets, which would see all adults offered their first dose by 31 July.

Everyone over 50 should get their offer by 15 April.

In England, the ONS figures also showed that the number of people getting a positive result for coronavirus had dropped in all regions except for Yorkshire and Humber, adding that the trend was “uncertain” and cautioned over-interpreting “small movements in the latest trend”.

It was estimated that one in 120 people in private households in this region had COVID between 13 and 19 February.

The highest estimation, however, was in the North West at one in 110.

London’s estimate was at one in 125 and for the West Midlands it was one in 140.

Was Harry’s chat show appearance the clickbait he so despises?