COVID-19: Transport data suggests things are not back to normal in the UK 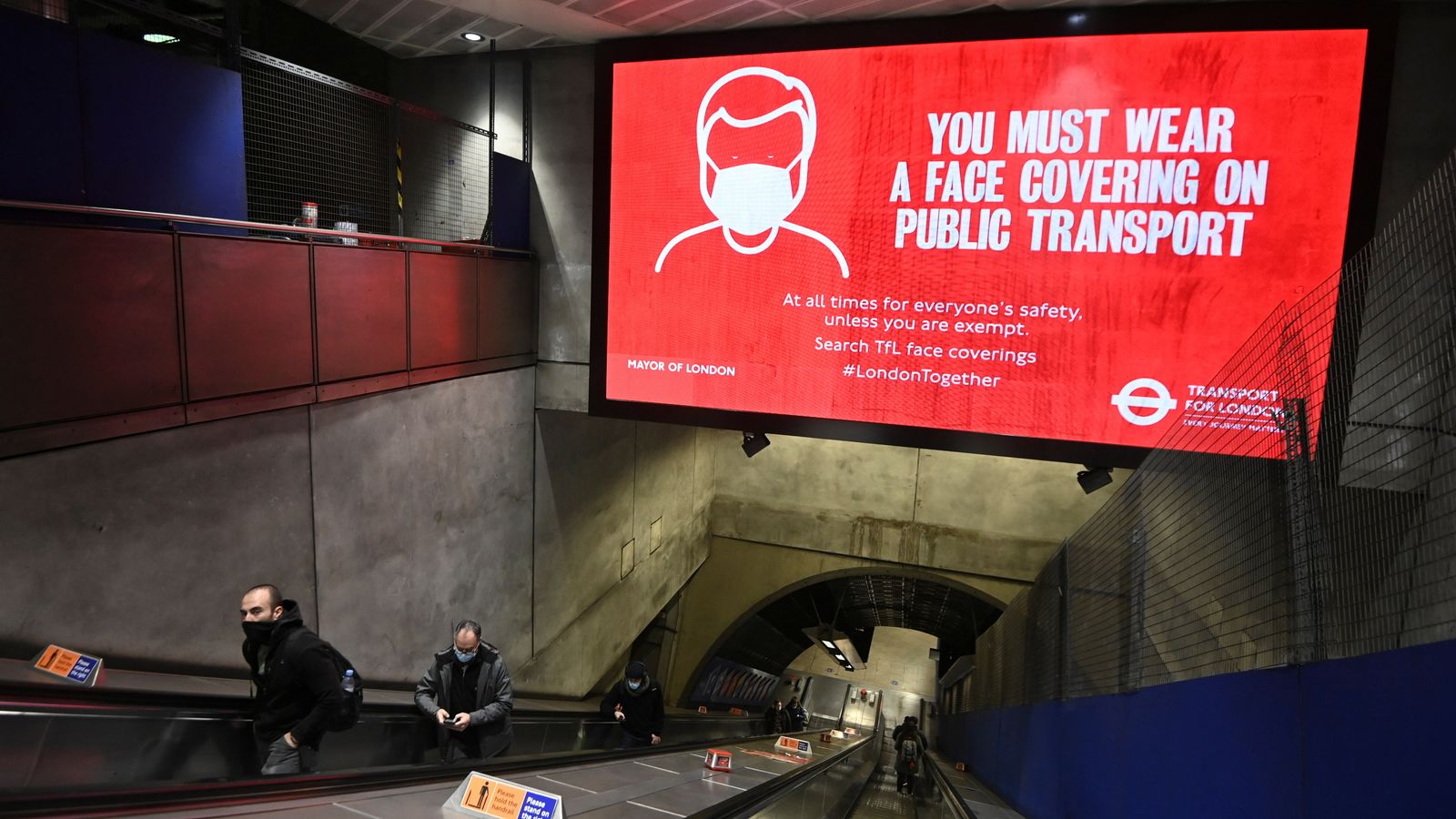 With lockdown ending and kids going back to school there is a sense that things are back to normal across most of the UK.

But Sky News analysis of data from the Department for Transport has found that usage on most forms of travel is still below pre-pandemic levels.

In the first week of September, travel on National Rail services and the London Underground was only around 55% of pre-COVID norms.

Meanwhile, there were around two-thirds the number of bus journeys as in the pre-pandemic reference period.

Travel by car is the only mode that has almost returned to normal – but data from TomTom shows that there is still less traffic in cities than before the pandemic.

At the start of September, congestion was between 9% and 25% lower than the 2019 average across the six largest UK cities.

Is it business as usual?

These trends suggest that companies are still not operating in the same way as they were pre-pandemic.

Data from the Centre for Cities shows that city workers are still mostly working from home. Even in the busiest city in the analysis, Brighton, activity is still not even half what it was pre-pandemic.

In the UK’s six largest cities, the numbers are significantly lower. In Glasgow, only around one in 10 city-centre workers were back in the office at the end of August.

Valentine Quinio, an analyst at the Centre for Cities, says that one reason for high car usage could be that people are making different kinds of journeys.

“Our data suggests that people are travelling for leisure but not for work, so it’s very possible that they’re opting to drive for their leisure travel,” she said.

The data supports this: visits to workplaces at the start of September were only around two-thirds of pre-pandemic levels, according to Google’s mobility report, which aggregates anonymised data from users’ location history.

By comparison, journeys to retail and recreation venues have been steadily on the rise since the start of June and are now nearly back to pre-pandemic levels.

Will things ever return to normal?

It is unclear how much activity in city centres will pick up as schools go back, or if the pandemic will create a permanent shift towards remote working.

Research suggests that most people cannot work from home. In a city like Cambridge, 43% of jobs can be done remotely, while in Plymouth only one in five jobs can, according to the Centre for Cities.

Quinio says that most anecdotal evidence points to a hybrid model of working in future.

“In no city are potential remote workers the majority,” she says. “So, the shift, while likely, will probably be smaller than many expect.”

Married couple killed with their dog in motorbike collision