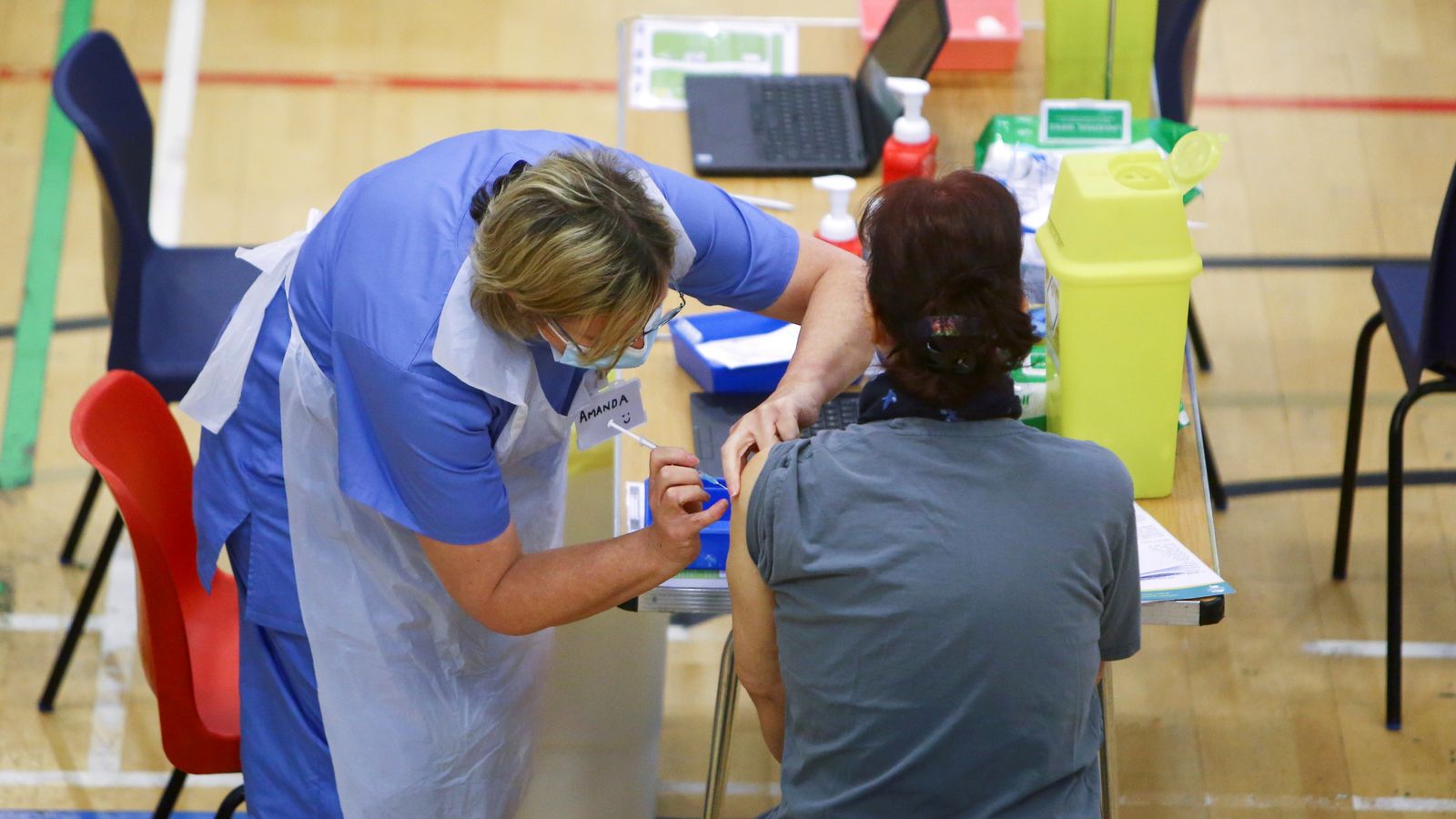 Spiking coronavirus infections across Europe show the “critical” need for people in the UK get vaccinated, a government scientific adviser has told Sky News.

Soaring cases on the continent underlined “how quickly things can go wrong”, said Professor John Edmunds, who pointed out there were still “many millions” across Britain, who were still not fully vaccinated while some had not had any COVID-19 shots.

His comments came as a number of European countries wrestle with a resurgence of the coronavirus.

Austria will begin a national lockdown from Monday and is to become the first country in the EU to make vaccination mandatory.

But the UK government has so far resisted pressure to reimpose restrictions, and has instead promoted the uptake of vaccines – although it has not made them compulsory.

Latest official nationwide data shows 88% of people aged 12 and over have received a first dose, 80% a second and 25% the booster shot.

But Prof Edmunds, who is a member of the Scientific Advisory Group for Emergencies (SAGE), said: “There are still many millions of people here in the UK who have not been fully vaccinated – it’s essential now.

“What you see now particularly in central Europe with this very rapid increase in cases, you see the importance of vaccination, how critical it is that people who need their boosters should come forward as rapidly as possible and get vaccinated.

“Those who are still unvaccinated – and there are many unfortunately out there – should come forward and be vaccinated as rapidly as possible.”

On the current surge in Europe, he added: “It shows how quickly things can go wrong.”

Prof Edmunds added: “I am concerned about waning immunity. The booster doses, it is pretty clear, do give a clear boost to your immune system, which may last some considerable time so I think it’s really essential that the booster doses are rolled out as fast as possible.”

Around 66% of Austria’s population is fully vaccinated, one of the lowest rates in western Europe.

Chancellor Alexander Schallenberg said: “Whipped up by radical anti-vaxxers, by fake news, too many among us didn’t get vaccinated. The results are overcrowded intensive care units and enormous suffering.”

Germany, with a vaccination rate of 67.5%, has also entered a nationwide state of emergency because of surging infections, with restrictions to be introduced for the unjabbed in COVID hotspots.

Moves in the Netherlands to tackle a fourth wave of the infection, including curbs on unvaccinated people, have sparked rioting.

Meanwhile, data published by the Office for National Statistics showed that while most double-vaccinated adults (90%) in the UK would likely accept a booster jab, some 4% said they were very unlikely or fairly unlikely to have the booster vaccine if offered.

The most common reasons given for this were thinking it would not offer any extra protection (53%) and the belief that the first two does would be enough to keep them safe (45%).