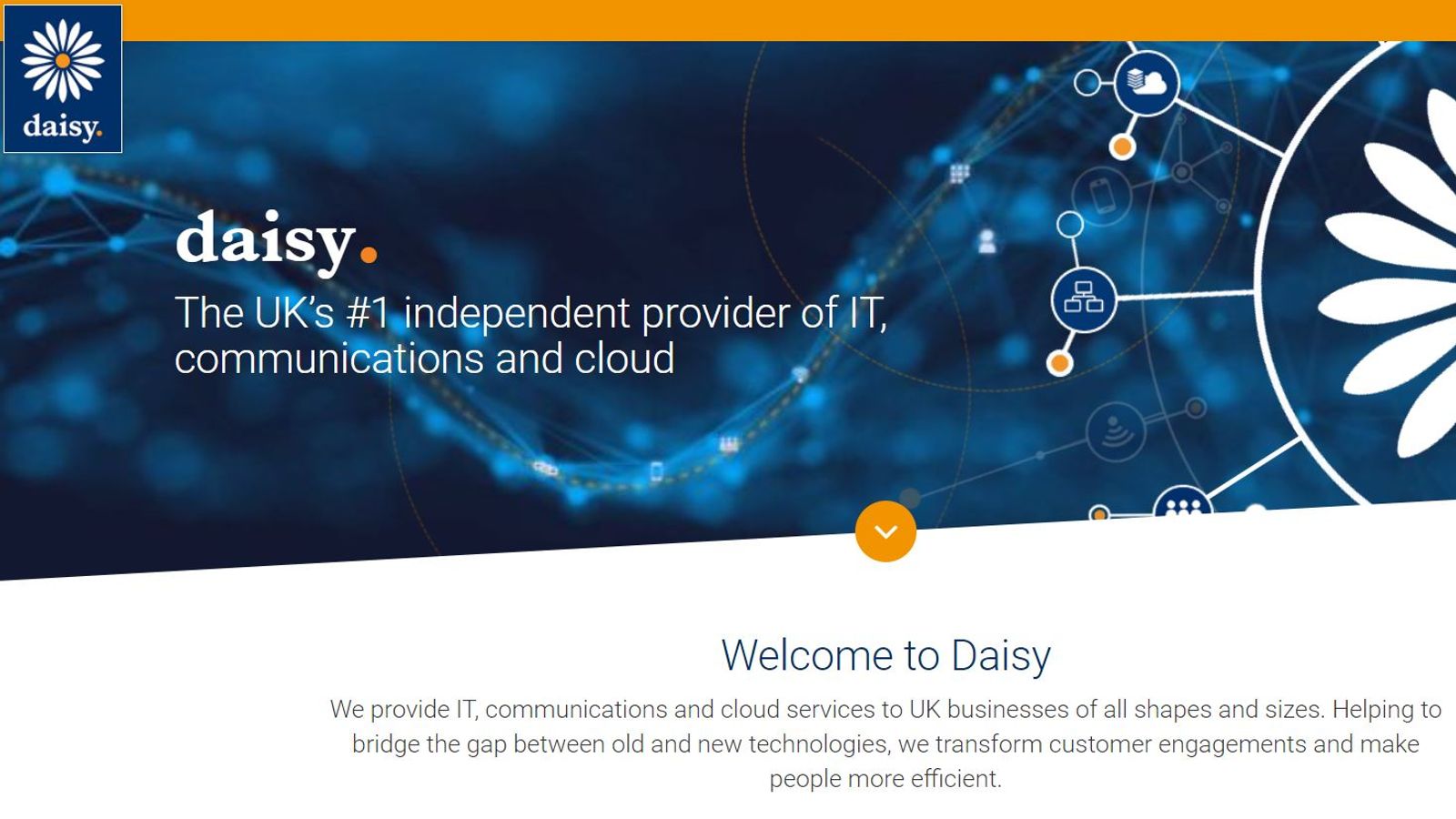 One of Britain’s most successful telecoms entrepreneurs has approached a listed cloud services rival about a potential takeover.

Sky News has learnt that Daisy Group, which is run by Matthew Riley, has lodged a preliminary 450p-a-share offer for Maintel Holdings, which is quoted on London’s junior AIM stock market.

City sources said the approach had been made by Daisy earlier this month, valuing Maintel at close to £70m.

Maintel provides managed cloud and IT services to corporate customers, including a number of public sector clients such as NHS hospital trusts.

The company said in results last September that it had had a “challenging” first half because of the coronavirus pandemic, but added that it had “played a key role during the pandemic to date in ensuring that hospitals, care homes, local authorities and other key front-line services have been able to function to maximum potential”.

“We have also enabled hundreds of thousands of UK office workers to transition smoothly and efficiently to home working.”

One analyst said the business would be a natural fit with Daisy’s core operations.

If he succeeds with an offer, it would be the latest in a string of takeovers and disposals overseen by Mr Riley.

He recently sold a minority stake in Daisy’s Digital Wholesale Solutions arm to the private equity firm Inflexion in a deal valuing it at £1bn.

Maintel shares were trading on Friday morning at about 393p, giving it a market capitalisation of £55m.

Daisy declined to comment, while neither Maintel not its advisers at Finncap could be reached for comment.