Designer face masks were the quirky “must-have” accessory at London Fashion Week – as the boss of the British Fashion Council said the industry was cautiously waiting to assess the impact of the coronavirus.

The outbreak has overshadowed the start of the event, with essential factories in China shut down and influential editors, investors and buyers unable to attend. 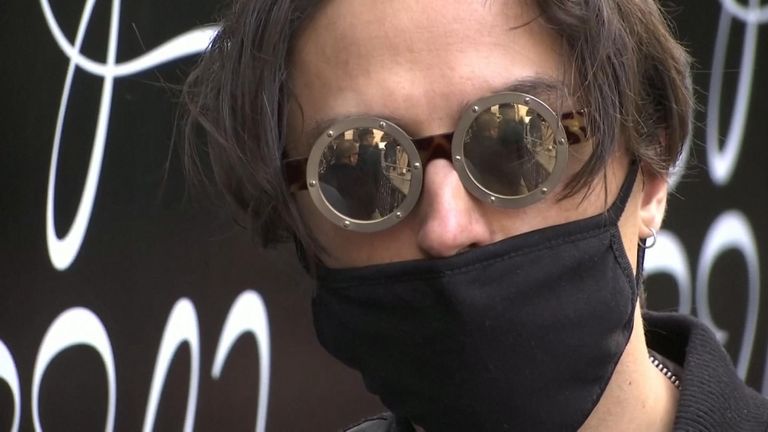 Image: Despite the masks being used as a sartorial statement, the outbreak is having a serious effect on the industry 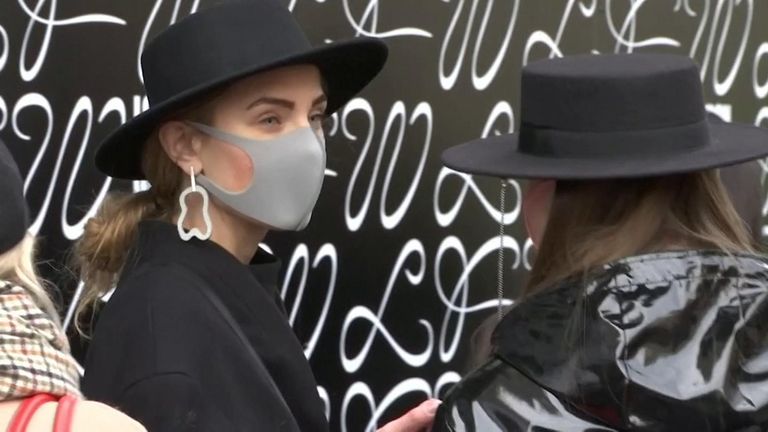 Caroline Rush, the British Fashion Council’s chief executive, said: “Until we get through that first quarter and understand potentially what the next three months might look like I think businesses will be cautious.

“Certainly businesses are looking to a three, six, 12-month scenario.”

In an effort to stop the potential spread of the virus, hand sanitiser was placed on check-in desks, and between shows catwalk areas were thoroughly cleaned. 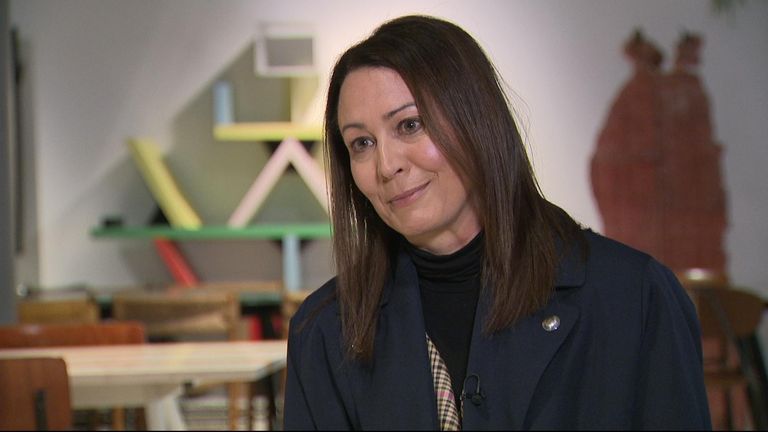 Image: Caroline Rush says she thinks fashion businesses will take a cautious approach for the moment

For fashion, the impact has been far reaching, affecting the health of the industry in ways that simply cannot be wiped away.

“Due to the virus, all the handcrafted things which are made in China weren’t able to arrive,” she told Sky News.

“With all the factories shut down and the couriers not working I had to just cut down the looks.” 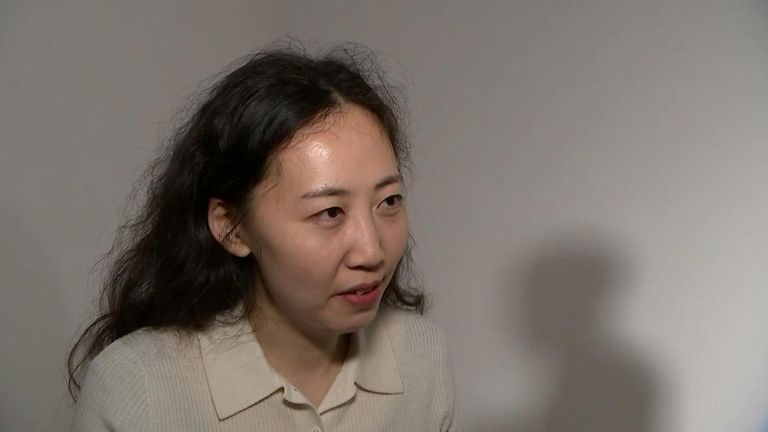 Image: Designer Yuhan Wang had to adjust her looks because of the shut down of Chinese factories

Widening travel restrictions have meant many Asian journalists, models, influencers and buyers have been forced to stay away.

Crucially, there is real concern about the bigger implications; that what is happening in Asia is massively disrupting a supply chain which so many fashion brands heavily rely on.

Mrs Rush said: “I think any industry that has a Chinese audience, that has production in China, is being affected by the coronavirus at the moment.” 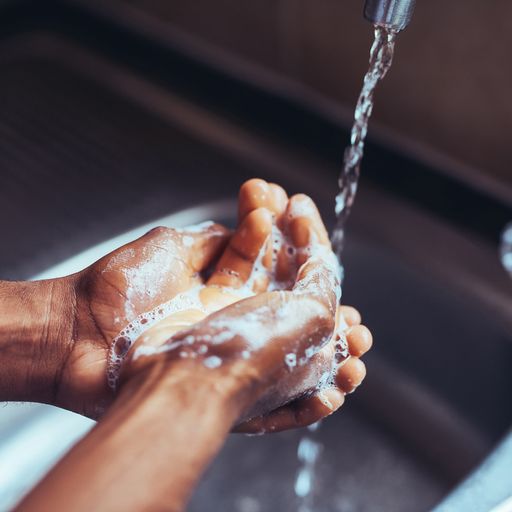 Coronavirus: How to avoid catching and spreading COVID-19

China’s influence in fashion has steadily increased over the last two decades.

Its potential has become a focus for many brands, with Chinese spending accounting for one third of the global luxury market last year, according to management consultancy Bain & Company.

The indefinite closure of factories in China presents a real dilemma for the high street – to switch where they manufacture or hold their nerve?

Next sources 20% of its clothes from China and roughly half of Primark’s clothes come from 525 Chinese factories. 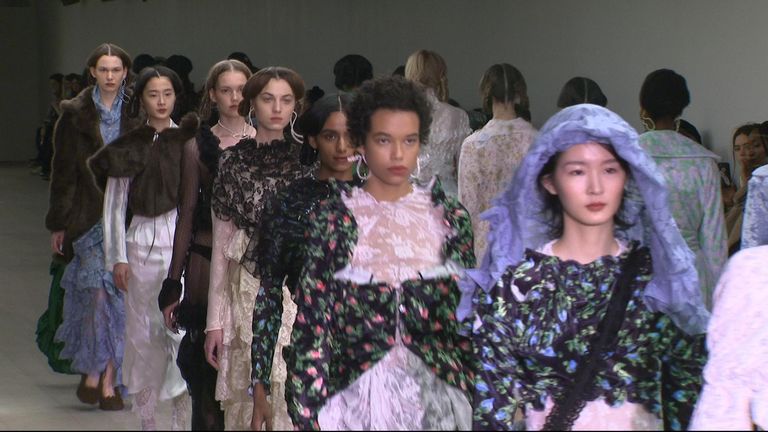 Image: Between each show seats and sets were wiped down

Both brands could potentially face millions of pounds of stock being delayed.

As for the effects of the virus on Asian shopping habits, British brand Burberry says it has had to temporarily close 24 out its 64 stores in mainland China.

Tamara Cincik, founder of Fashion Roundtable, an organisation that advocates for sustainable growth in the fashion industry, said: “From what I’ve heard there is interest in bringing some manufacturing for high street brands from multinationals to the UK because there are concerns about hitting targets from some UK outlets.

“This exposes the flip side of the direction of travel that’s been happening for the last 40 years.

“If we don’t have enough manufacturing workers but we want to bring manufacturing back to the UK, either for sustainability or because we need to for a virus outbreak in China, then we need to support the domicile talent.”

Rita Ora in recovery after having tonsils removed