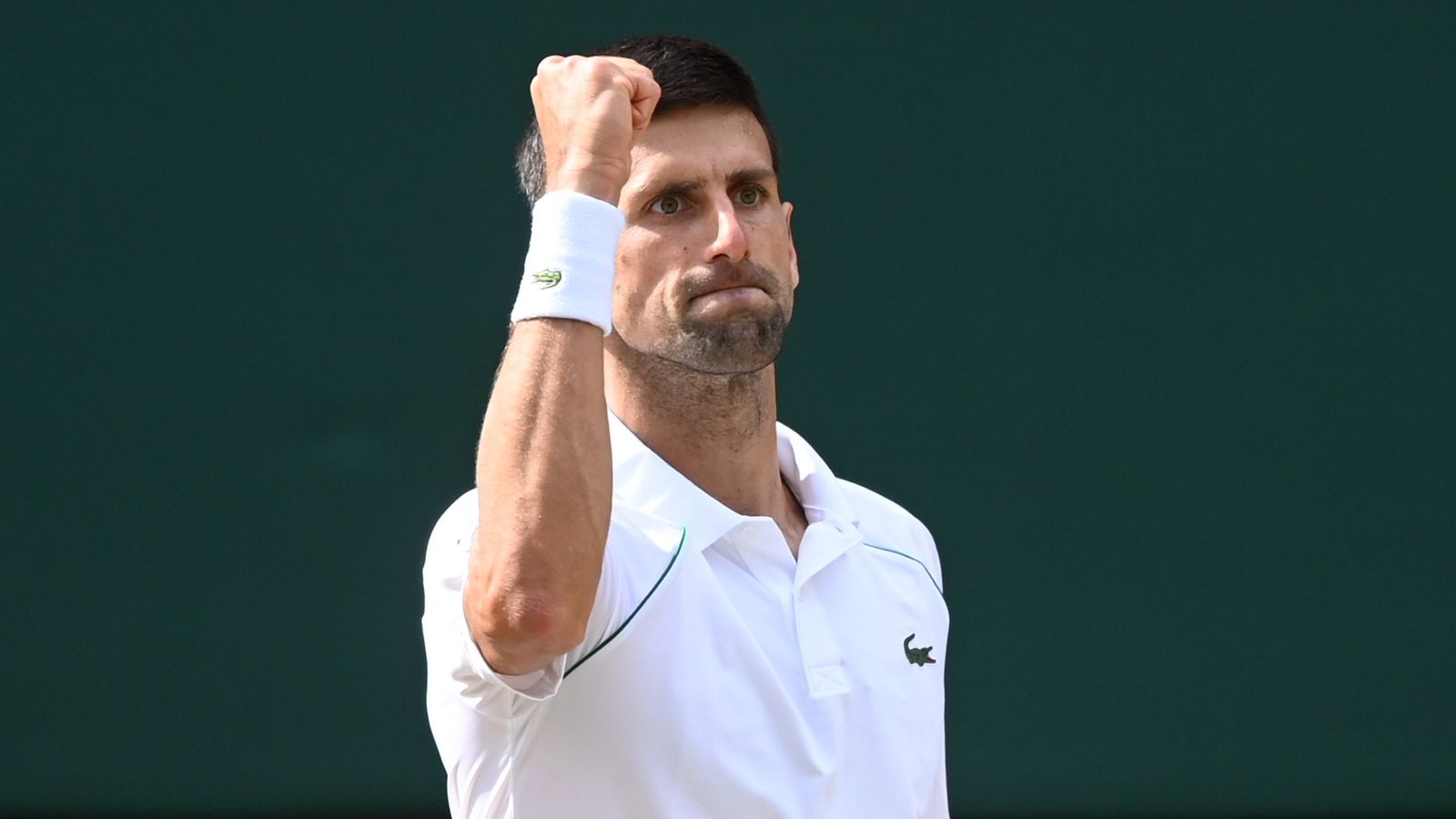 The 34-year-old Serbian beat Italian Matteo Berrettini in four sets – meaning he has also completed the third leg towards achieving the Golden Slam of all four slams and an Olympic gold in the same year.

Berrettini, who is 6ft 5ins tall, put up a good fight throughout the match, winning the first set before Djokovic battled back to take the remaining three sets.

Several celebrities witnessed the Serbian joining two of the game’s greats, including Tom Cruise and the Duchess of Cambridge who was joined by her father, Michael Middleton, while Prince William missed out so he could watch the Euro 2020 final at Wembley.

EU countries should stop being ‘so naive’ on defence, says Macron, as French sell warships to Greece

Who’s in? England’s starting line-up revealed ahead of final against Italy