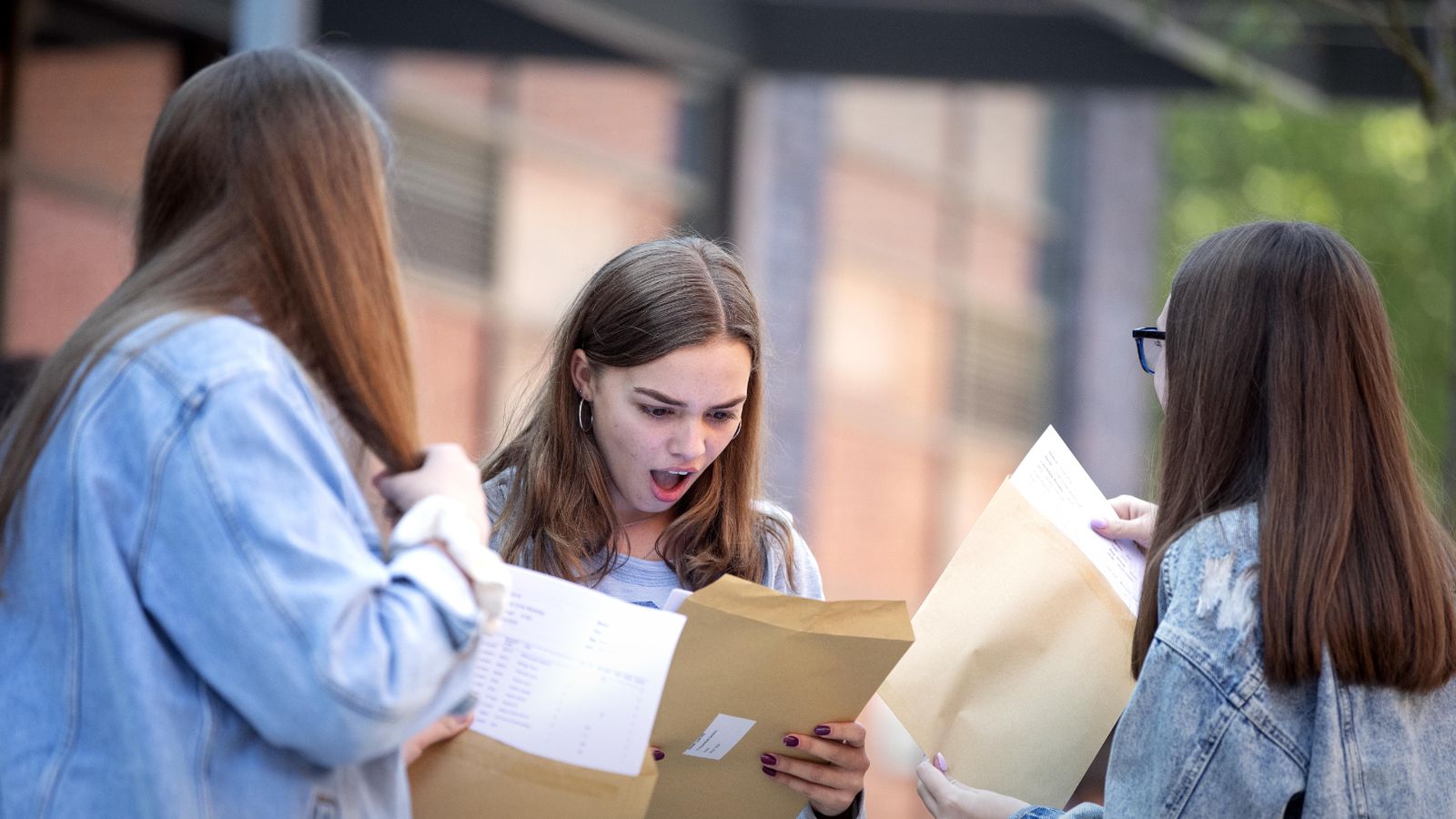 A record number of GCSE entries have been awarded top grades after external exams were swapped for teacher assessments for the second year running because of the pandemic.

But while the headline figures show that students are doing better, a closer look at the numbers suggests that the new system is perpetuating existing inequalities in education.

“The education secretary and government have handled this with a chaotic system, they should have had a Plan B, they did not put a plan in place and the net result is that the gap between private schools and state schools has gotten bigger,” he said.

So, what does that data show us about the GCSE attainment gap and whether it is growing?

Independent and secondary selective schools continued to perform best, with over 60% of GCSEs graded 7 or above. In contrast, less than one in 40 results at Further Education colleges had the same outcome.

And this gap continues to widen. At private schools, the number of GCSEs receiving top grades increased by four percentage points over the past year, compared to 0.8 percentage points at Further Education colleges.

Although, given the significantly higher proportion of top grades, independent schools did not see the largest relative improvement in performance.

The fastest growing inequality is between students from different socioeconomic backgrounds.

For students from ethnically diverse backgrounds, compared to white students, the difference is smaller and remains relatively constant.

Despite the government’s plans to “level up”, there is enduring regional inequality in the education system.

Students in London once again achieved the best results and the biggest improvement. More than a third of GCSEs were grade 7 or higher, a 3.1 percentage point increase on 2020.

Meanwhile, Yorkshire and the Humber performed worst, with fewer than one in four GCSEs achieving top grades. It was also the region with the the smallest improvement in performance – only 2.1 percentage points.

As ever on results day, attention has turned to the competition between the sexes.

Girls continue to outperform boys and for the first time since 2008 got the highest grades in maths.

In English as with overall grades, the growth in the gender attainment gap was not as pronounced over the past year as it was between 2019 and 2020. Girls remained almost twice as likely to get a grade 7 or above in English.

The harms of enduring educational inequality

So, despite changes to exams, the data shows that many disadvantaged pupils are increasingly falling behind.

And, even where the attainment gap is not widening, it is still a cause for concern.

John Nield, a former chief examiner at AQA, says that the “massive inequalities of provision, support and finance” underpinning educational inequality will have damaging long-term consequences.

“If we continue to ignore the gap in attainment, then we will be storing up problems for the future. Literacy levels are directly related to the future security and democratic stability of the country,” he said.

“The sort of young people who are being marginalised need to be engaged and not just the young of the sharp elbowed parents.”