Doja Cat will only collaborate with artists she believes in

The ‘Say So hitmaker took to the stage to perform a rendition of her mega-hit ‘Say So at the Grammys on Sunday night (14.03.21), and she teased on the red carpet that she has a number of collaborations in the works, but she is keeping tight-lipped about who the artists are.

She told ‘Entertainment Tonight’: “I’m working with people who I really believe in, who I look up to. And that’s that. That’s all I want. Those are the only people I want to work with, so when that comes out and you find out who those people are, that’s going to be interesting.”

When pressed for names, she insisted: “No! Are you kidding me? No, no no! I’m not telling you anything.”

The 25-year-old star was nominated for Best New Artist, Record of the Year and Best Pop Solo Performance for ‘Say So, her first-ever Grammy nods.

And although she went home empty handed, Doja admitted simply getting to perform at the prestigious music ceremony was a major moment in her career.

Before taking to the stage in Downtown Los Angeles, she added: “I can’t believe that it’s gotten to this point. I’m very, very excited. I can’t wait for my fans to see what I’ve cooked up.”

The day she wins a Grammy, the ‘Best Friend’ hitmaker admitted it would give her the validation that people “believe” in her and her art.

At the start of her show-stopping performance of ‘Say So, Doja uttered: “I haven’t been waiting for this for my whole life, I’ve been preparing.”

Doja has previously collaborated with the likes of Megan Thee Stallion, Ariana Grande and Saweetie.

While she recently confirmed SZA is set to feature on her hotly-anticipated third studio album, ‘Planet Her’. 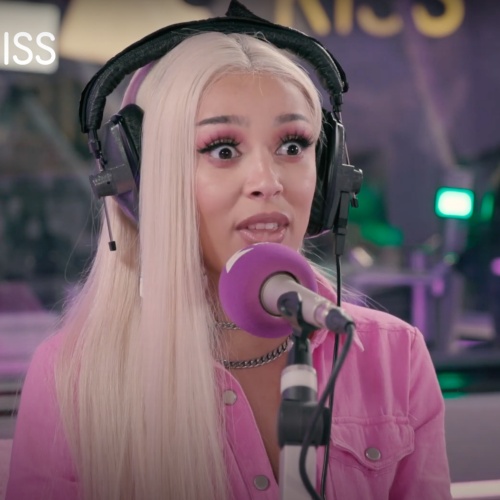 Bon Jovi plan to scale back on touring

Oscars 2021: The full list of films and stars on the shortlist