Downton Abbey stars: ‘It’s great to escape all the nonsense’ of today

It’s been years since it was first talked about, but the long-awaited and highly anticipated Downton Abbey film – a continuation of the hit ITV drama – is out on Friday.

And for Hugh Bonneville, who plays Robert Crawley, the Earl of Grantham, it couldn’t have come at a better time.

“I have to say when I saw it for the first time and that music starts and then the lights go down, my shoulders went down and I thought, ‘Oh this is great just to escape for a couple of hours from all the nonsense that we’re surrounded by,'” Bonneville told Sky News. 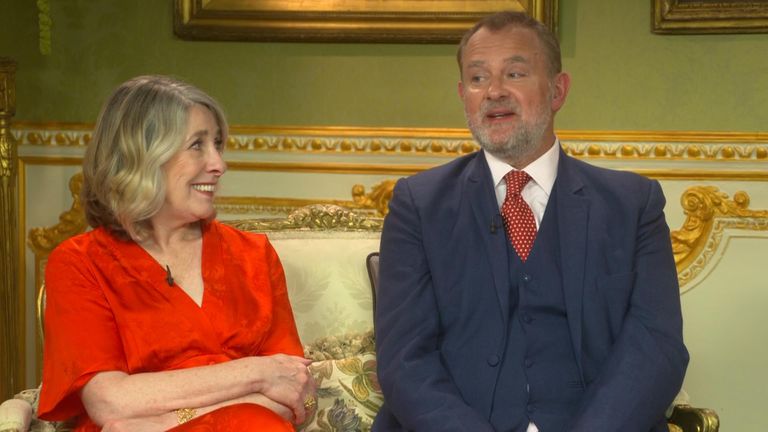 Image: Phyllis Logan and Hugh Bonneville are original members of the show

“It’s such a stressful world we’re living in at the moment and nothing gives anybody confidence anymore,” she said.

Jim Carter, who plays butler Carson, says it’s good to get a break from politics.

“The only B-word you’ll hear is Branson,” he said, referring to the character Tom Branson, and making his co-stars laugh.

For years after the period drama series finished in 2015, the cast were asked every time they were interviewed when there would be a film, and would usually say it depended on scheduling.

Bonneville told us that really was the sticking point.

“I think the real question mark was going to be the logistics of trying to get us all back together,” he said.

“Then Julian [Fellowes – the writer] did a couple of iterations of the script and changed the story a bit and so it did take a while for it to get there.”

But Carter says there was never any question that fans wouldn’t be keen for the story to continue – and that he’s still surprised by people’s passion for Downton.

“It’s astonishing, it’s borderline cult-ish in some respects,” he said.

He went on to recount how he met 40 couple who had come to a concert of Downton music performed at Highclere Castle, where the show and films were shot.

He said that “30 of those couples had flown from America especially for the concerts – from the West Coast, from Kansas, from Texas, from all over the states for a two-hour concert. I mean, that is dedication, that’s unusual really.” 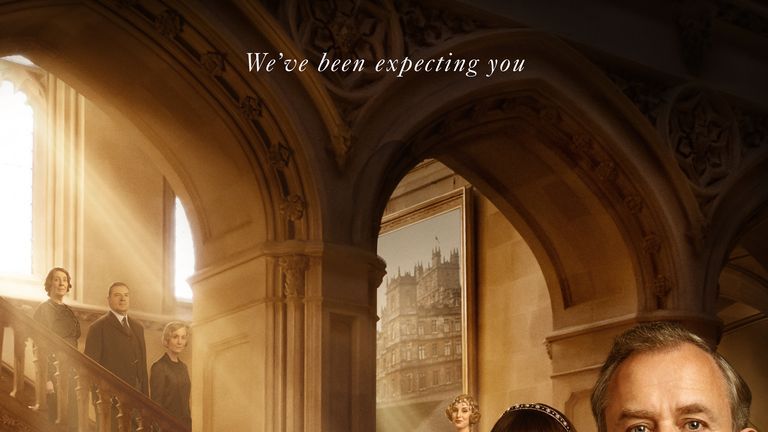 McGovern says that the cast were also swept up in the excitement when they first got back together for a read-through of the script at Shepperton Studios.

“It was a very long first read through, there was a lot of chatter and catching up,” she said.

Phyllis Logan, who plays housekeeper Mrs Hughes, said keeping the cast in order was a challenge for producers – “like herding cats!”

But despite the cast’s fondness for the franchise, they say there’s no way they would prefer to live in 1927, when the film is set. 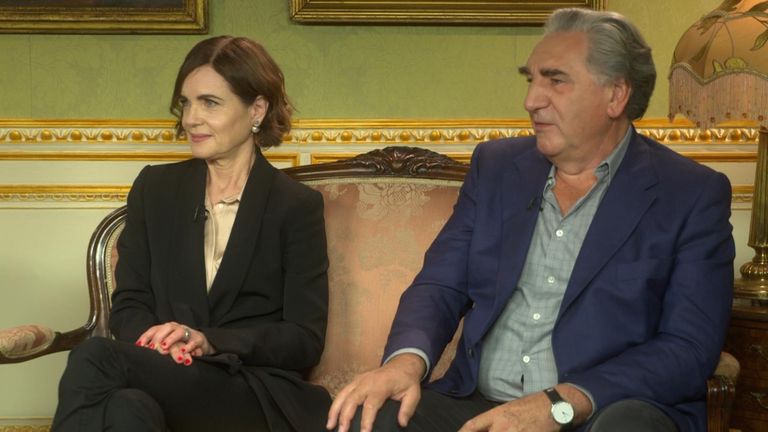 “No, I wouldn’t want to live in those times,” said Bonneville.

“I think we all are very aware of the fact that we’re painting an idealised picture of that time,” McGovern agreed.

“I always like to emphasise that because it’s not a documentary, I mean life for the servants in that era was very, very difficult, and for a woman too – like the character I play – she literally had no say over her own destiny whatsoever.”

“And I would not for one second want to be transported backwards in time.”

Downton Abbey is out in cinemas in the UK on Friday.