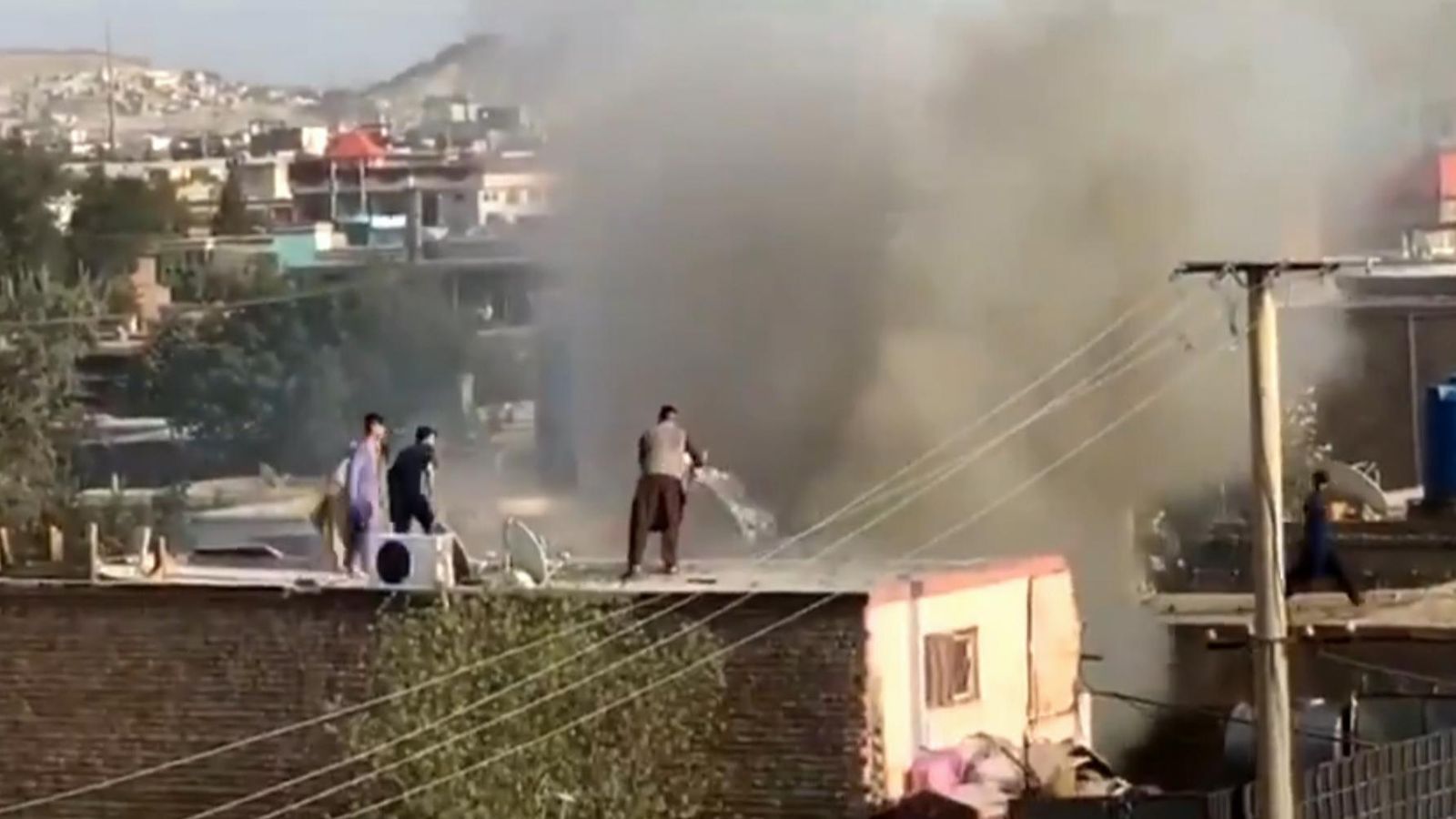 A drone has destroyed a vehicle which was carrying “a substantial amount of explosive material” and heading to Kabul airport, US officials have confirmed.

“We are confident we successfully hit the target.

“We are assessing the possibilities of civilian casualties, though we have no indications at this time. We remain vigilant for potential future threats.”

This is the second airstrike the US has conducted against the militant group, which said it carried out Thursday’s suicide bombing that killed 13 of its service members and scores of Afghans.

There have also been reports of an explosion at a house near the airport but it is not clear if this was related to the drone strike.

Meanwhile, the US is winding down its historic airlift that saw tens of thousands evacuated from Kabul’s international airport, the scene of much of the chaos that engulfed the Afghan capital since the Taliban took over two weeks ago.

Military cargo planes continued their runs into the airport on Sunday, ahead of a Tuesday deadline earlier set by President Joe Biden to withdraw all troops from America’s longest war.

However, Afghans remaining in the country worry about the Taliban reverting to their earlier oppressive rule.

Man dies after family of paddleboarders require rescuing from sea