Dua Lipa has reportedly moved to Los Angeles to stay close to boyfriend Anwar Hadid amid restrictions on travel during the COVID-19 pandemic.

The New Rules singer spent three months in lockdown in the U.K. before quarantining in the Caribbean so she and Anwar could enter the U.S. and spend time with his famous family.

According to British newspaper The Sun, Dua has now decided to move to California for the foreseeable future as travelling between London and the U.S. amid the coronavirus crisis remains difficult.

A source told the tabloid: “It was difficult to get to the U.S. in the first place and she knows it’s not going to be easy going back and forth because she would have to quarantine for weeks on end. It’s tough because all of her family and a lot of her friends are in London.”

However, the insider continued, Dua: “knows plenty of people in Los Angeles, as does Anwar, who has lived there in the past, so she’s feeling optimistic.”

The move will also be to the benefit of Dua’s career, they added, noting the couple is making the best of things: “Dua’s making their new place nice and homely and she has just got a puppy called Dexter with Anwar because they see their future in L.A.”

The couple, who are reportedly sharing a luxurious home near Anwar’s family’s L.A. base – sometime home of his model sisters Gigi and Bella – moved in together last September in a rented apartment in New York. 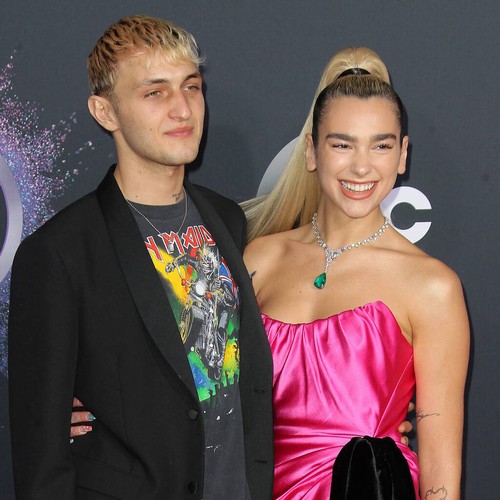 Ed Sheeran to be a dad