The Guns N’ Roses bassist has candidly opened up about his addictions and suffering from anxiety since he was a teenager.

Speaking on the late Soundgarden frontman Chris Cornell’s daughter Lily Cornell Silver’s mental health podcast, ‘Mind Wide Open’, Duff recalled his first panic attack: “Suddenly I couldn’t breathe, and I was sweating in the shower … and I remember just pushing the shower door open and crawling out on the floor, and yelling for my mom.”

Lily, 20, brought up her father’s addiction struggles and Duff, 57, revealed that he would suffer really badly with panic attacks when he went on cocaine and alcohol binges.

He said: “What happens is, with alcohol, there’s so much sugar in alcohol, with a guy like myself, and I think with your dad, as well, you can’t just do a little … In my case … I got up to a full gallon of vodka a day.

“And then I was doing cocaine, too … Cocaine is not good for panic attacks. … So I would take pills to bring me down from too much cocaine and alcohol.”

In 1994, Duff’s pancreas burst due to his excessive drinking, which he also discussed on the podcast, whilst he hailed his bandmate Slash for helping him with his sobriety.

Last year, the Seattle rocker admitted he got so low when he was abusing drugs and booze that he “didn’t care about being alive” and thought “the end was coming”.

He admitted: “I had got to a stage in my life where I just didn’t care about being alive. I couldn’t get myself out of a situation with addiction and alcoholism and I was convinced that the end was coming.

“And that fact – that I just didn’t care, that I was probably done – was absolutely the bottom for me. Living day in, day out like that is really the lowest place you can be.” 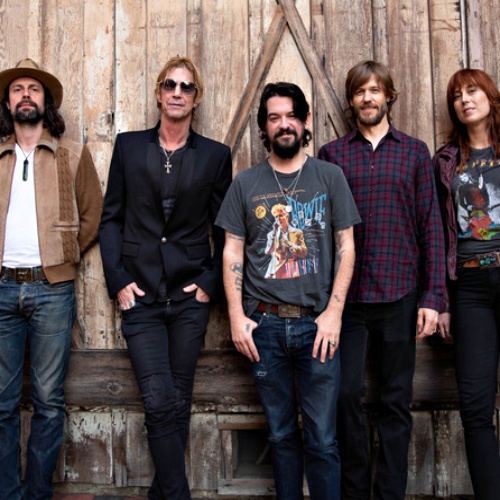 Sharon Osbourne: ‘Ozzy biopic will be R-rated – for adults only’