The 30-year-old singer is preparing to release his upcoming fifth studio album and he revealed he has also designed the artwork for the project.

According to The Sun newspaper’s Bizarre column, Ed told a Hong Kong radio station: “I am actually painting the album cover now. It takes a month.

Meanwhile, Ed has announced a special show to celebrate the 10 year anniversary of his debut album ‘+’.

The singer will perform the album in its entirety at London’s O2 Shephard’s Bush Empire, with a capacity of just 2000 people, on September 2.

A message on his Twitter account stated: “On September 2nd, Ed is performing an intimate show at @o2sbe to celebrate the 10 year anniversary of his debut album ‘+’. Find out how to apply for tickets here: https://edsheeran.com/10yearsofplus.”

Speaking to NME, Ed said “While I’ve been lucky enough to continue playing shows across the world, Shepherd’s Bush Empire is still really special to me.

“When I first set out in music, one of my main goals was to one day headline SBE and my first gig there is still one of my favourite shows that I’ve played. I can’t wait to get back and celebrate 10 years of ‘+’ with you.” 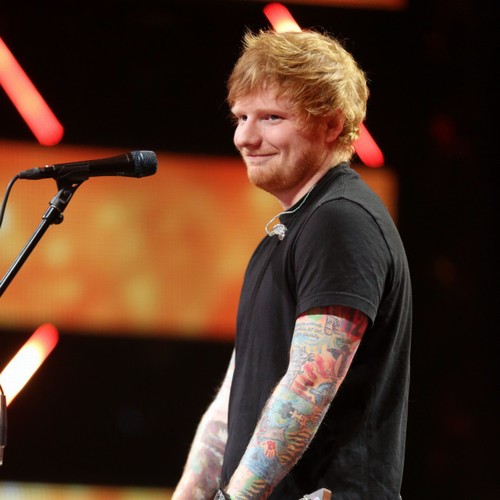