Ed Sheeran gifted Elton John a sculpture of a “giant marble penis” for his most recent birthday.

The music icon made an appearance on Australia’s Hit 109.9 Carrie & Tommy Show on Thursday, where he discussed his “great” friendship with the Shape of You hitmaker.

Admitting that they love to have a laugh, Elton revealed Ed gave him a rather raunchy present when he turned 74 in March.

“For my birthday this year, he gave me a giant marble penis,” he chuckled. “I don’t know if that’s because I’ve always been a p**ck or what. It’s really big, it’s beautifully made… What do you buy the man that has everything?”

However, Elton noted that he and husband David Furnish have struggled to select a place to install the artwork on account of their two young sons, Zachary, 10, and eight-year-old Elijah, and decided against showcasing it in their garden.

“It’s hidden in an area in the house where they wouldn’t see it!” the star laughed.

Elsewhere in the chat, host Carrie also asked Elton if it was accurate that he insisted Ed revamp his wardrobe with designer clothes from Versace when he first hit the big time.

“That’s true. I said, ‘Ed – you’ve worn the baggy shirts and the trousers, it’s got you so far but it’s now time to make a change,'” he smiled. 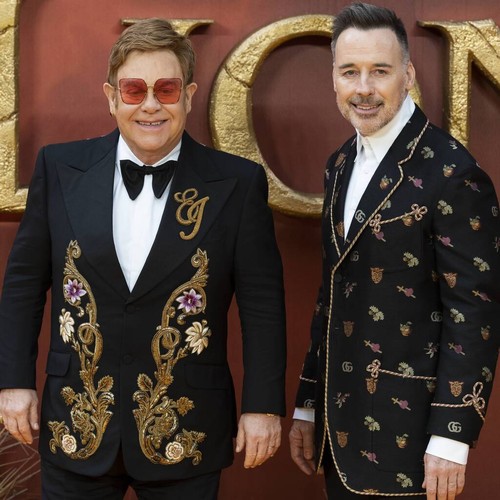 Rocket launches from UK ahead of planned spaceport opening