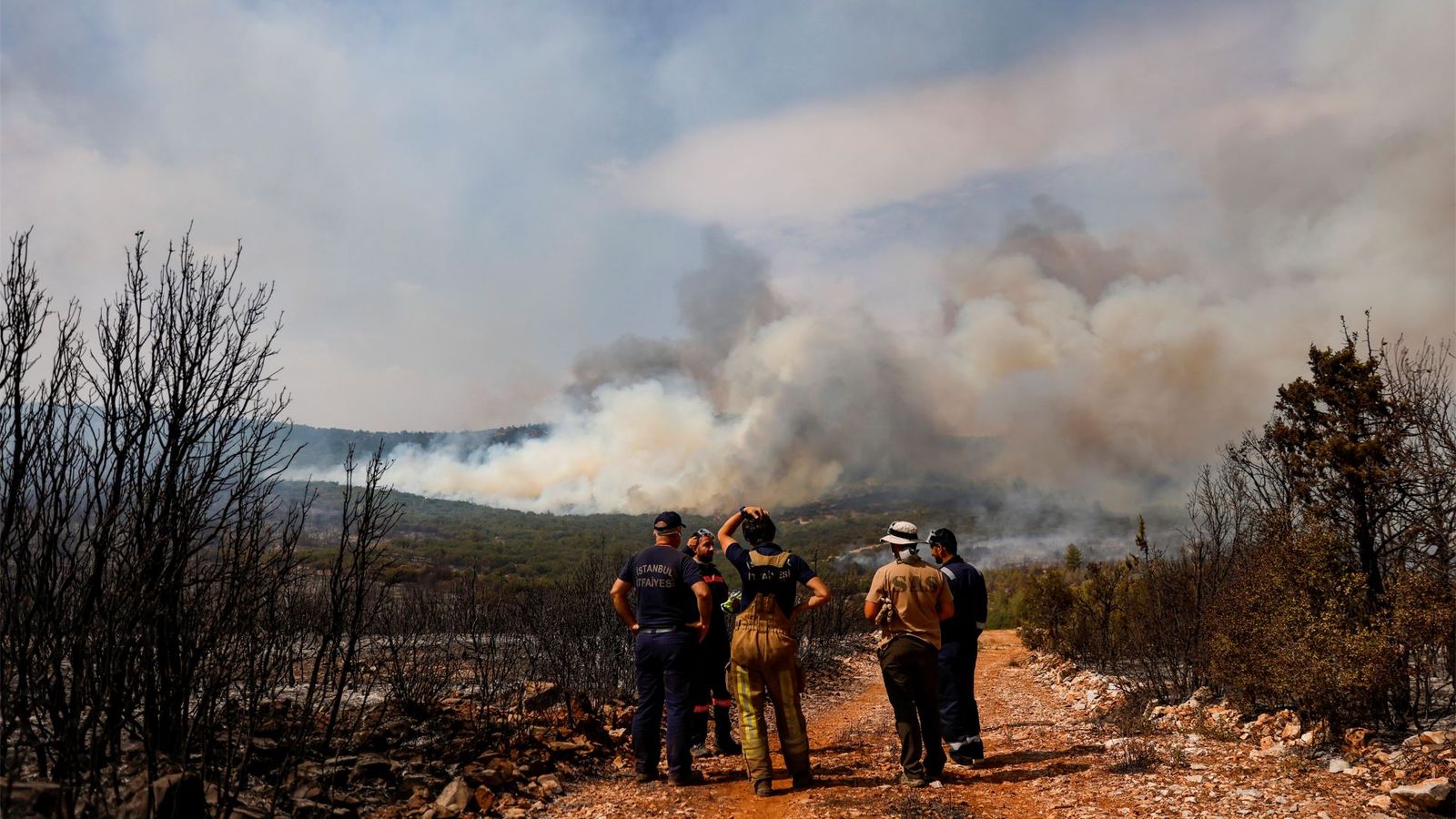 Eight people have been killed after a Russian firefighting plane crashed in a mountainous area of Turkey.

The Beriev Be-200 crashed while trying to land in Turkey‘s Adana province.

A team has been sent to investigate the incident in the Kahramanmaras area, Turkish state media said.

Last month the Russian military said a Be-200 had been sent to help Turkey fight wildfires in its southern coastal regions.

Turkey’s Foreign Minister Mevlut Cavusoglu tweeted to say he was greatly saddened by the deaths and said their “heroic sacrifices” would not be forgotten.

The Turkish defence ministry said another military plane and a helicopter were dispatched to the scene to help with the search operation.

Turkey has been battling some 300 wildfires over the last 16 days, which have killed eight other people, torn through forests and houses and caused thousands to flee.

“We had dispatched a plane to the area but we lost communication with the plane a while ago and it crashed. The situation is very new. We dispatched many units to the area where the plane crashed,” he said.

The Be-200, a two-engine amphibious aircraft, is capable of dropping up to 270 metric tons of water.

Wildfires in Turkey began in late July and have blazed through thousands of acres of forests, mostly in the seaside provinces of Mugla and Antalya.

It comes amid a prolonged heatwave affecting large parts of the Mediterranean.

Earlier this week northern Turkey was hit by flash floods that have killed at least 44 people.

‘I wouldn’t do it again’: British-Belgian teen becomes youngest woman to fly solo round the world

‘I am not a cheat’: British sprinter CJ Ujah ‘shocked and devastated’ by positive doping test