A long-awaited report into child sexual abuse in football has found “significant institutional failings” on the part of the Football Association and concluded that the national governing body put children at risk over a five-year period.

The review, which has taken four years to complete, investigated child sexual abuse in football between 1970 and 2005.

It found that the FA did not take issues of child protection seriously until the mid-1990s.

Before that, when much of the abuse of young boys was alleged to have taken place, the FA had not provided any guidance to clubs as to how to deal with issues of child protection.

The report states that after the first criminal conviction of prolific offender Barry Bennell for child sex offences in Florida in 1995, the FA acted “far too slowly to introduce appropriate and sufficient child protection measures”.

Clive Sheldon QC, the report’s author, wrote: “The FA should have engaged more deeply with the issue of child protection and should have acted more quickly to bring in comprehensive measures to safeguard children in the game.

“These are significant institutional failings for which there is no excuse. During this period (October 1995 and May 2000, when the FA launched its comprehensive child protection programme), the FA did not do enough to keep children safe.”

The FA commissioned the independent report in 2016 after several men, led by Andy Woodward, waived their right to anonymity to reveal they had been the victims of sexual abuse committed by individuals in football clubs, such as coaches and scouts.

It also delves into the abuse allegedly committed by Chris Gieler, Eddie Heath and Kit Carson. All three haven’t been criminally convicted.

Some survivors provided testimony to Mr Sheldon stating their belief that there was a paedophile ring in football, but the report did not arrive at that conclusion.

Mr Sheldon stated: “I have looked at the connections between certain perpetrators. It is clear that several of the perpetrators knew each other.

The report is 707 pages long and is based on evidence from 62 survivors and 157 further individuals.

The corresponding police investigation, Operation Hydrant, has identified 240 suspects within football and 692 survivors.

The accounts of survivors contained within the report are harrowing.

One unnamed victim writes: “The abuse started more or less straight away when I joined a boys’ team at age 11 which had loose links with the club.

“It was my coach who abused me, but he was also the physio for the club and he would take me into the little physio room at the club, lock the door and touch me.”

“Society was different then,” he says, “no DBS checks, no CRB checks, no qualifications, level one or level two, not even for physios.

“I mean, he was a physio at the club and he didn’t even have a qualification for physiotherapy.”

The report makes 13 recommendations, including publishing a safeguarding report every year and having an annual “safeguarding in football” day.

Mr Sheldon wrote: “I do not want to give the impression that abuse in football was commonplace. It was not. The overwhelming majority of young people who engaged in the sport were able to do so safely.”

But the report does state that there was a considerable amount of abuse.

The publication of the review is expected to trigger an apology from the FA.

If you need further information on child abuse, sexual abuse or exploitation, for either you or someone close to you, please see the list of organisations listed in the child abuse section on this page: https://www.sky.com/help/articles/viewersupport 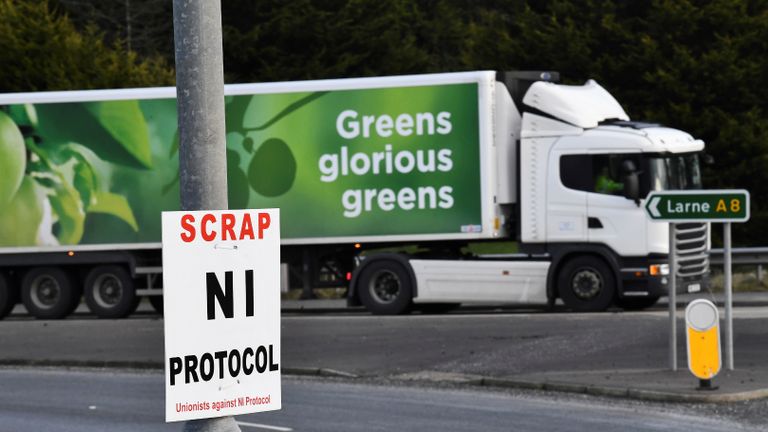