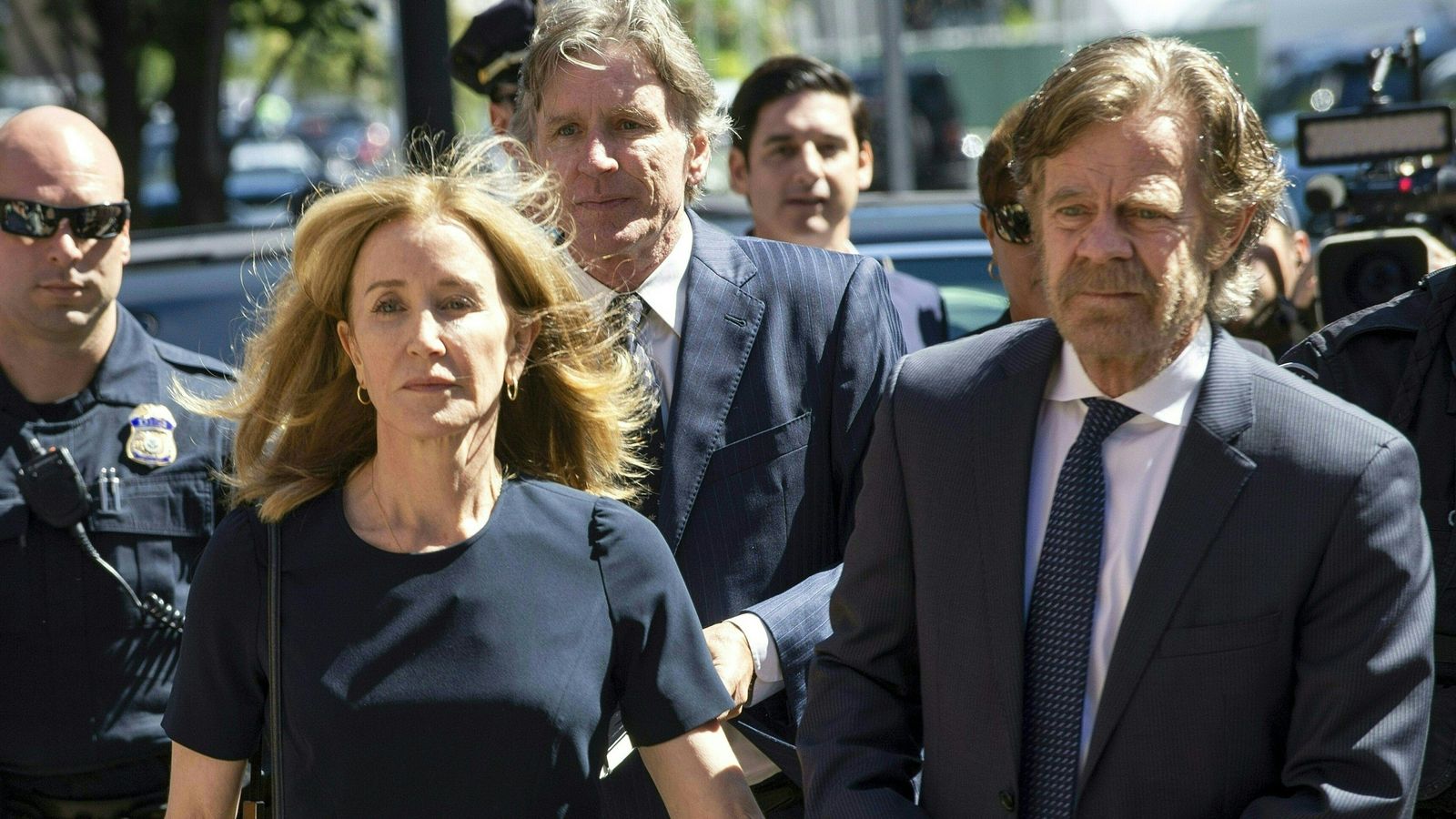 Desperate Housewives star Felicity Huffman has been jailed for 14 days for paying to have her daughter’s exam answers corrected.

Huffman is the first parent to be sentenced among 34 charged in a sweeping college admissions scandal in the US.

The actress was sentenced in Boston’s federal court on Friday after pleading guilty to a single count of conspiracy and fraud in May.

Huffman had admitted to paying an admissions consultant $15,000 (£12,000) to have an invigilator correct her daughter’s SAT exam answers in 2017.

Huffman’s lawyers said she should get a year of probation, 250 hours of community service and a $20,000 fine.

The actress said before sentencing: “I am deeply ashamed of what I have done.

“I have inflicted more damage than I could ever imagine.”

The star was pictured holding hands with her husband William H. Macy as the couple entered the courthouse earlier.

Macy, who appeared in films including Fargo and Boogie Nights, has not been charged as part of the college admissions scandal.

Huffman and the Full House actress Lori Loughlin are among dozens of parents accused of bribing coaches and insiders at testing centres to help get their children into some of the elite universities in the country, including Stanford and Yale.

Authorities have called it the biggest college admissions scam ever prosecuted by the US Justice Department, with the parents accused of paying an estimated $25m (£19m) in bribes.