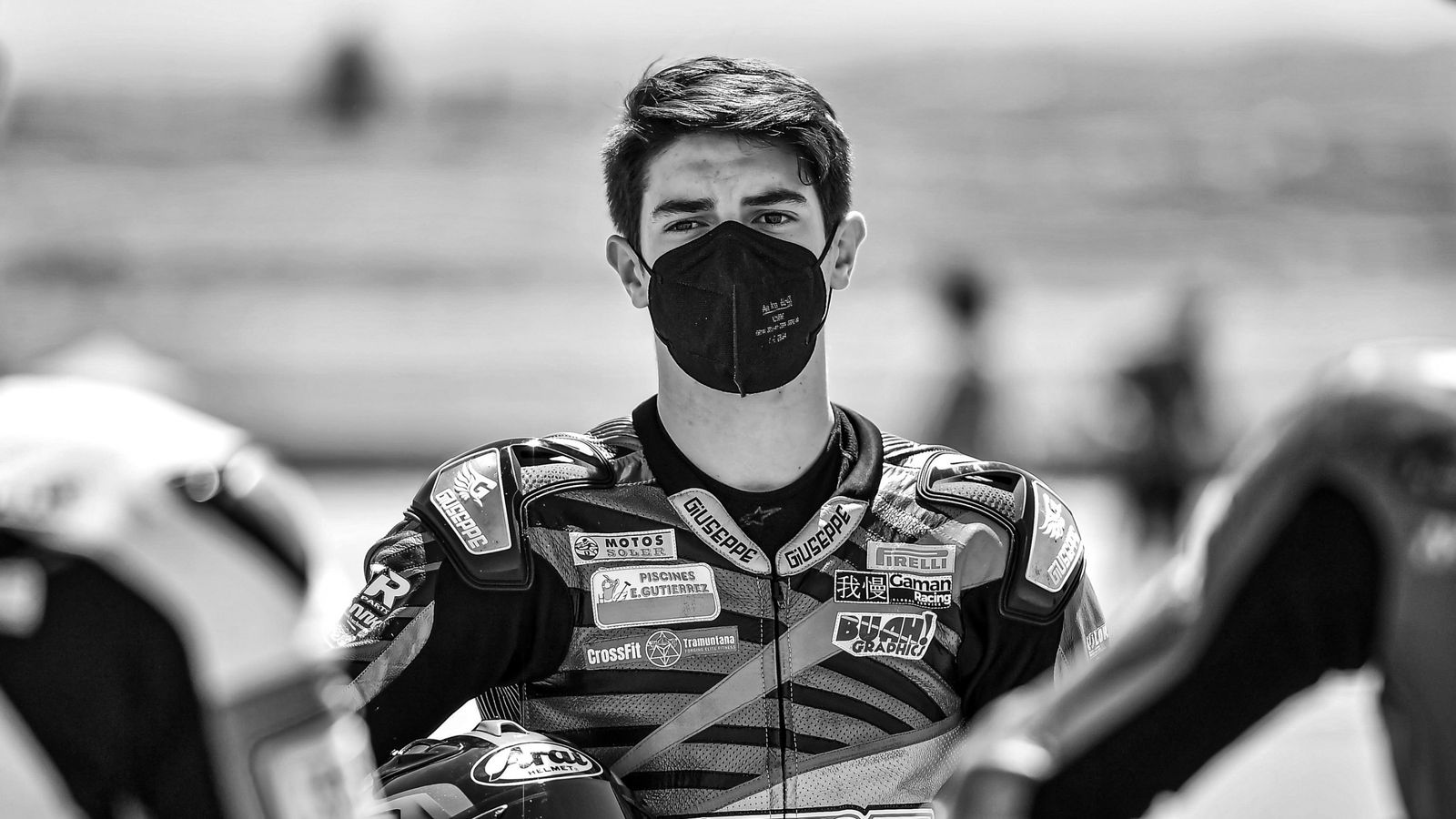 After 11 laps in the Supersport 300 support race, the Spanish athlete crashed at the second turn, along with three other riders.

He suffered severe head and spinal injuries and was treated by medical crews who arrived on the scene, World Superbike said.

They attended to him on the track, in an ambulance and at the circuit medical centre.

“Despite the best efforts of the circuit medical staff, the Medical Centre has announced that Berta Vinales has sadly succumbed to his injuries,” World Superbike said.

The race was red-flagged by the director and cancelled, along with the rest of Saturday’s action.

Vinales was MotoGP rider Maverick Vinales’s cousin and he rode for his uncle’s Vinales Racing Team.

In a statement on social media, Vinales Racing Team said it was “devastated”.

MotoGP said on Twitter: “We’re devastated by the tragic loss of @DeanBerta21 following a crash in #WorldSSP300 Race 1 today.

“Sending all our love and strength to Maverick Vinales and Dean’s entire family, his team and loved ones.”

The #WorldSBK family sends love to his family, loved ones, and his team. Your personality, enthusiasm, and commitment will be hugely missed.

The whole motorcycle racing world will miss you, Dean. Ride in Peace. pic.twitter.com/46KuUt4Vnl

World Superbike said Vinales was “enjoying a recent run of good form” in his rookie season in the FIM Supersport 300 World Championship, coming in fourth in Race 2 at the Magny-Cours circuit and sixth in Race 2 at the Barcelona-Catalunya track.

He had set the fastest lap in Race 1 and the organisation said he was “showing great potential”.

The tragedy is the latest in a series of crashes that have claimed the lives of young riders.

Fourteen-year-old Hugo Millan died after crashing at a race in Alcaniz, Spain in July, while Swiss Moto3 rider Jason Dupasquier, 19, died in May from injuries he sustained in a three-bike crash during a qualifying session at the Mugello circuit in Italy.