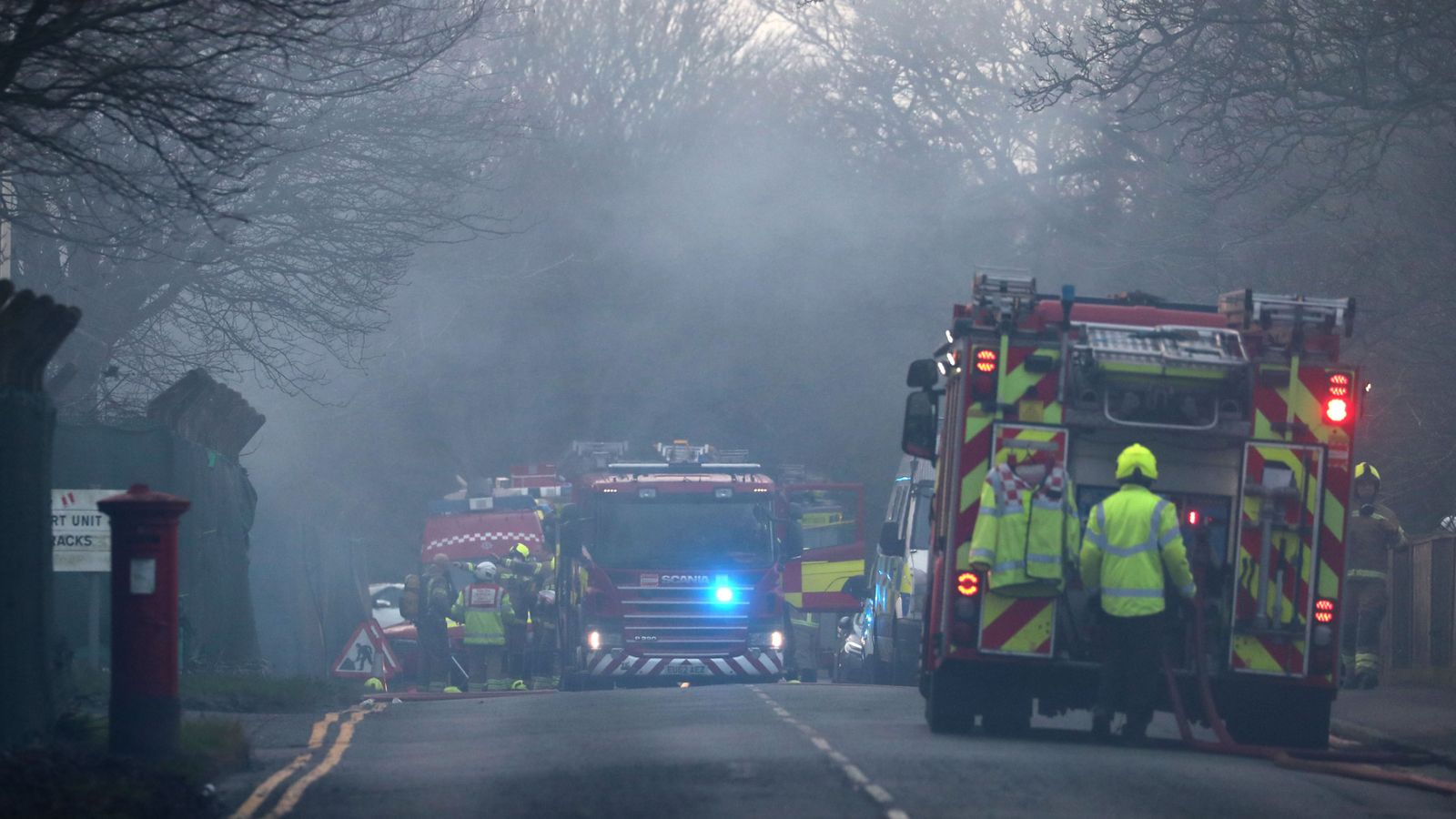 A fire has broken out at a former army barracks in Kent where hundreds of asylum seekers have been living.

Footage of Napier Barracks in Folkestone shows heavy smoke and alarms can be heard.

Migrant charity Care4Calais said: “A fire has broken out and fire engines have been called to Napier Barracks in Folkestone following an upsetting afternoon for the residents.”

Eight fire engines have been sent to the scene along with police officers, the fire service confirmed.

A Kent Fire and Rescue Service spokesperson said: “People living and working in the surrounding area are advised to close their windows and doors as a precaution, due to smoke coming from the incident.”

It comes after more than 18,000 people signed a petition to shut down the barracks amid concerns over conditions inside.

The military site has been used to house about 400 asylum seekers since September last year, despite concerns over conditions.

One anti-HS2 protester left in Euston tunnels after Swampy leaves

Another 1,245 people have died with coronavirus in UK