Jesy Nelson was forced to pull out of a Little Mix YouTube event on Thursday after extreme weather in the U.K. left her stranded on the highway.

The 29-year-old star has been holidaying in Cornwall with new beau Sean Sagar, and was due to travel up to London for the band’s Eyes on the Sunrise Holiday Quiz.

However, with the U.K. experiencing storms that ended a recent heatwave, Jesy was left stuck on the M25 motorway after her car was caught in traffic caused by a flash flood.

Taking to Instagram Stories from the back seat of her chauffeur-driven ride, Jesy told fans in a video: “Grrrr, I’ve been sat in this traffic for two hours and thirty minutes and I honestly can’t feel my bum anymore. Even the driver’s got out, because he’s had enough… Eughhh!”

Joking with fans by putting on an Australian accent she explained: “So guys if you don’t see me on the YouTube event tonight this is why because I’m not moving, wheyyy fun times.”

After rejecting fans’ suggestions to walk through the storm, the Black Magic singer finally admitted defeat, saying: “Defo not making it tonight guys…absolutely gutted but I love you all very much and miss you all.”

She also posted video footage showing her car waterplaning through the floods. 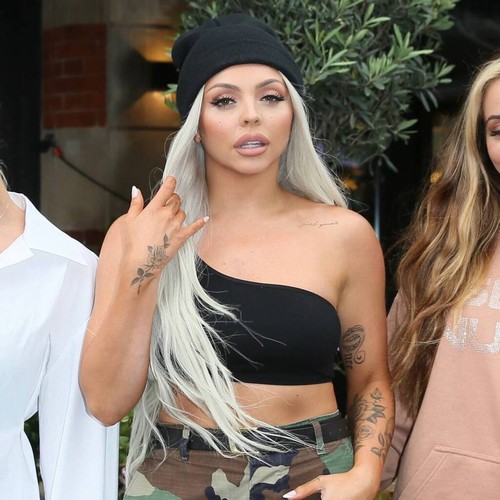