Foo Fighters to go prog-rock on next album?

Dave Grohl has hinted Foo Fighters will make an “insane prog-rock record” next.

The ‘Everlong’ group’s frontman has teased that the follow-up to this year’s ‘Medicine at Midnight’ will head in a new direction after they experimented with a dancier, David Bowie ‘Let’s Dance’ style on their most recent studio effort.

In an interview with Rolling Stone magazine, Dave, 52, said: “Every album that we’ve made is a response to the one we made before.

“So now there are whispers of making an insane prog-rock record.”

The former Nirvana drummer hinting at their next direction comes after the heavy rockers went disco and released a Bee Gees cover record.

Grohl and co renamed themselves the Dee Gees and released covers of their classic hits ‘Night Fever’, ‘Tragedy’, ‘You Should Be Dancing’ and’ More Than a Woman’ on the LP ‘Hail Satin’.

Meanwhile, guitarist Chris Shiflett recently joked Foo Fighters might need to embrace a softer style to still be playing together in 2036.

The ‘Learn To Fly’ rockers – who formed in 1994 – are still going strong, and while the 50-year-old guitarist is backing their longevity, his hearing would suffer if they kept the same loud sound.

He said earlier this year: “If my ears hold up, then sure! We’re pretty loud onstage, man!

“In 25 years, we’ll all be on stools, playing ukuleles and doing ballads – but we might still be going!

“Maybe we’ll all be enclosed on a big plastic box with headphones and amp simulators.”

A more acoustic style wouldn’t be a massive departure for Chris himself, who is a big country fan – although he doesn’t bring those influences into the recording studio.

He added: “If you look at all of our record collections, there’s a pretty broad range of styles in there. Of course we have plenty of overlap and a lot of common ground, but then everybody kind of goes off into their own little areas.

“But I don’t really bring country-flavoured guitar ideas into the Foo Fighters. I just play a lot, y’know?

“When the Foos aren’t working, I’m my solo thing, I’m playing in the parents’ band at my kids’ school, or I’m off doing something or other, y’know?” 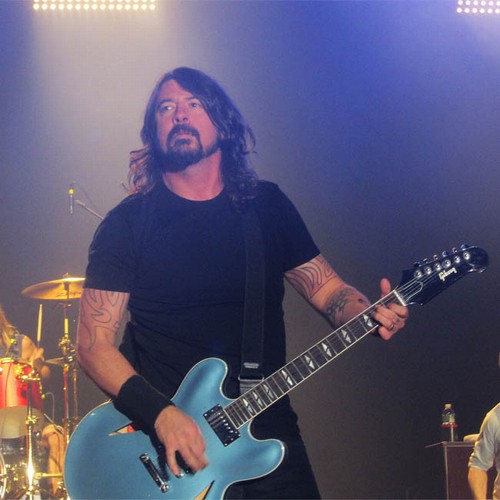