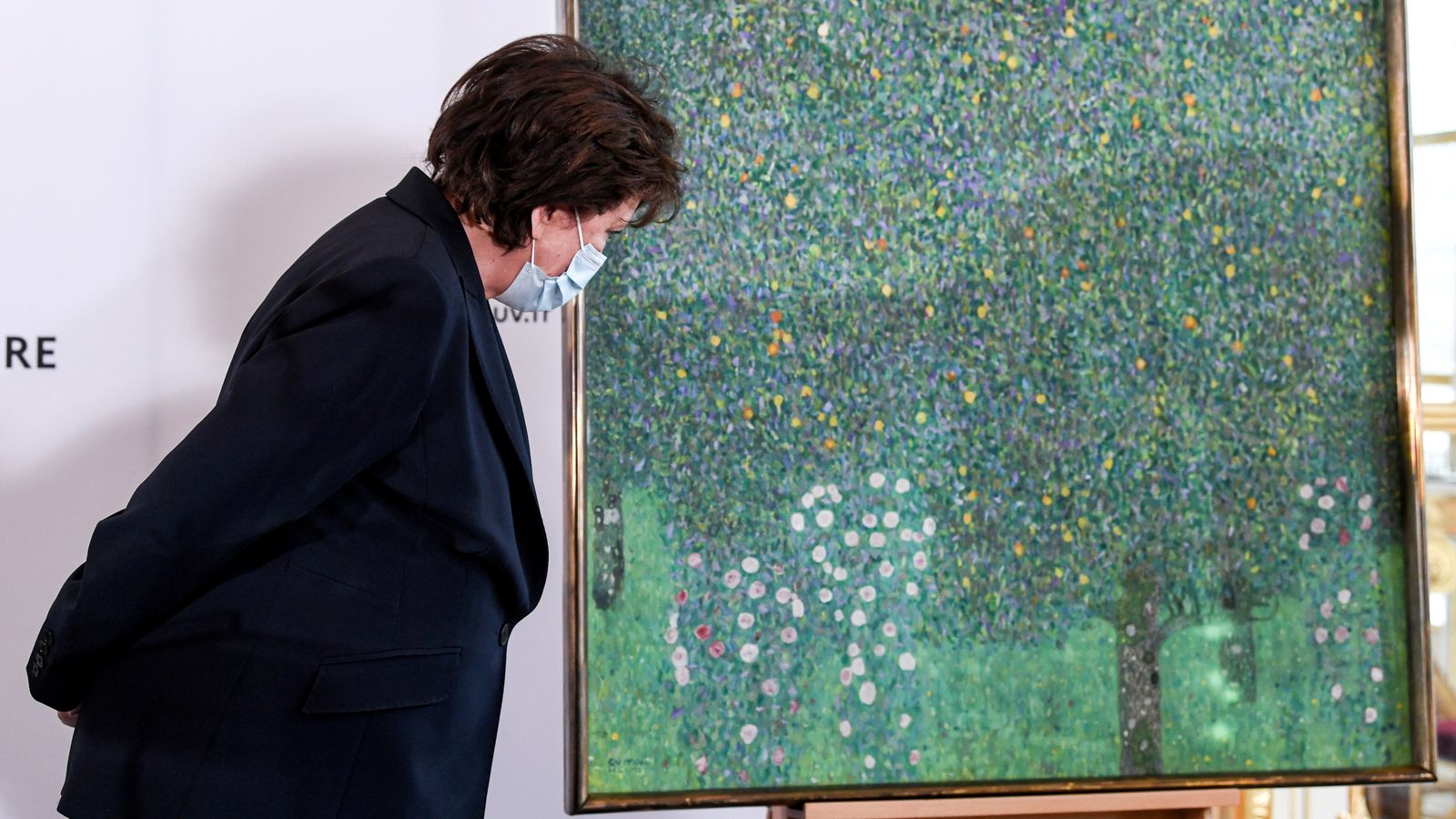 France is to return the only painting by Gustav Klimt in its national collection to the heirs of the Jewish family that was forced to sell it by the Nazis more than 80 years ago.

The colourful 1905 oil masterpiece by the Austrian artist called Rosiers sous les Arbes (Rose Bushes Under The Trees) has been hanging in the Musee d’Orsay in Paris for decades.

It will be returned to the family of its pre-war owner – Nora Stiasny, a Jewish woman and Holocaust victim – who sold it under duress to an art dealer at a knock-down price to survive financially after the Nazis annexed Austria in 1938.

She was deported to Poland in 1942 and died the same year.

The art dealer, a Nazi sympathiser, held on to it until his death in the 1960s and France, unaware of its history, bought it at auction in 1980.

“It is in recent years that the true origin of the painting has been established,” the minister said, adding it was “the only Gustav Klimt painting owned by France”.

“Rose Bushes Under The Trees is a testament to the lives that a criminal will has stubbornly sought to eliminate,” she added.

Thousands of artworks looted by the Nazis across Europe wound up in French museums after the Allies defeated Nazi Germany in 1945.

Though many have been returned, French authorities in recent years have stepped up investigations to find the rightful owners of the scores of heirlooms that remain unclaimed.