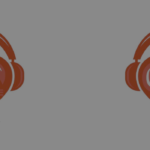 Govt hits halfway target for vaccinations – but some areas fall behind

More than half of the government’s target of 15 million people have now been given their first shot of a coronavirus vaccine.

The UK government has set a target of vaccinating the top four priority groups against COVID-19 by mid-February.

In the last week, 358,297 vaccinations were carried out on average each day. The vaccination rate has been increasing as the government has expanded capacity by 76% every week on average over the past four weeks.

To reach the target, the government would ideally be achieving an average of 394,934 per day in the remaining 18 days.

But the daily figure fluctuates. Recent shortages in supply and the snow which closed some centres at the weekend both caused a slowdown in the last few days. Similarly, a spurt in vaccinations could reduce the daily rate required.

The mid-February target involves offering a first dose to all people in four priority groups starting with residents in care homes and their carers as well as those aged 80 and above.

New data published by NHS England suggests around 80% of them have now received their first dose by 24 January.

But, the picture varies widely depending on where you live.

The data is broken down into areas known as Sustainability and Transformation Partnerships (STPs). These are collaborations between local authorities and healthcare providers.

The table below shows the areas with the highest and lowest proportion of over 80s given a jab for coronavirus.

There are variations in vaccination rates among ethnic groups in England too. NHS England data also reveals 9.7% of the White population was given the first dose. For ethnic minorities it was 5.7%.

The figures however don’t take into account variations in the number of elderly people among different ethnicities.

Concerns around vaccine hesitancy were raised by the government’s scientific advisers in an undated document released earlier this month.

Seeming to concern those worries, less than half of Black adults have said they are likely to have a jab, the lowest among groups surveyed by the Office for National Statistics.

The team from ‘OpenSAFELY’ analysed 961,580 people who took the vaccine within the first five weeks and found that 42.5% of elderly white people had their first dose compared to 20.5% of black people aged 80 years and older.

So while 7,891,184 people have received their first dose and the government is confident of meeting its target there are early warning signs in the data about whether some communities will be covered more than others.

Join Simon Harding every Sunday from 6pm for the Eurovision Show!

Man who said ‘he could not breathe’ after being restrained was unlawfully killed, coroner rules