Happy Mondays’ Bez has made his vocal debut on ‘Flying Bus’, his collaboration with house producer and DJ Doorly.

The 56-year-old dancer is best known for shaking his maracas on stage alongside Shaun Ryder and co, but his instantly-recognisable Bolton accent has made its first appearance on the trippy tune, which also features Firouzeh.

A press release states that the dance track is a “hypnotic homage to the glory days of acid house”.

The song shares a title with Bez’s Flying Bus stage at Glastonbury, which is a ravers paradise.

He said: “It was a brilliant work trip to Ibiza to collaborate with Doorly at his studio that created this tune. My Flying Bus stage at Glastonbury is really special to me and a great hangout for the hardcore party people. I’ve been missing it so much and this track conjures up that Flying Bus magic. The song is about that freedom you feel when you’re gathered with like-minded people. This is the first vocal track I’ve ever brought out and I’m nervous and excited at the same time. I hope people will get ‘on the bus’ and enjoy it, get lost in a moment in time, that’s the whole vibe!”

Doorly commented: “Writing a track together with the legend Bez was a hell of a lot of fun, not sure if you’ve met him but he’s a bit of a character! 🙂 We really bonded over our shared love for the transatlantic Acid House movement from the late 80s / early 90s. Our aim was to bring a slice of that magic coming out of Chicago and Manchester around that time, with a celebration of Bez’s bonkers Flying Bus party at Glastonbury. It all came together and it’s a real pleasure to have Bez on my Reptile Dysfunction label, you can expect more from us both this year.”

The pair have also debuted a wacky music video to accompany the release, in which Bez plays the conductor of the Flying Bus and Doorly stars as the bus driver.

A description for the promo read: “An office worker’s day gets off to a bad start after being stung by a psychedelic bee, but things get even more trippy when the Flying Bus pulls up. Bus conductor Bez and bus driver Doorly take our hapless hero on an adventure like no other, as he discovers a world of trippy visuals and pure party excess, ending up on the dancefloor of the iconic Manchester club The Haçienda. There’s only one thing to do: free your mind and take a one-way ticket on the Flying Bus!”

Bez & Doorly are also set to hit the road for a series of B2B sets this summer. 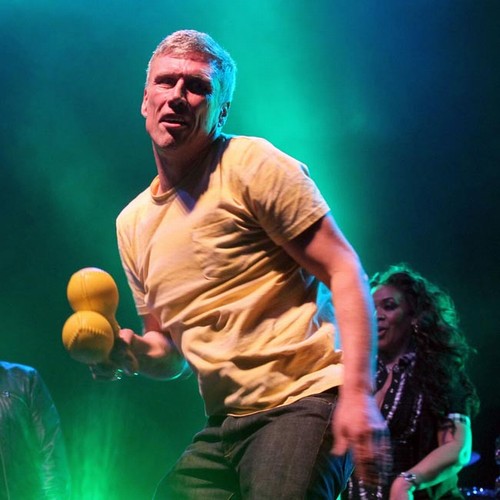 Briton among two killed in attack on tanker in Arabian Sea