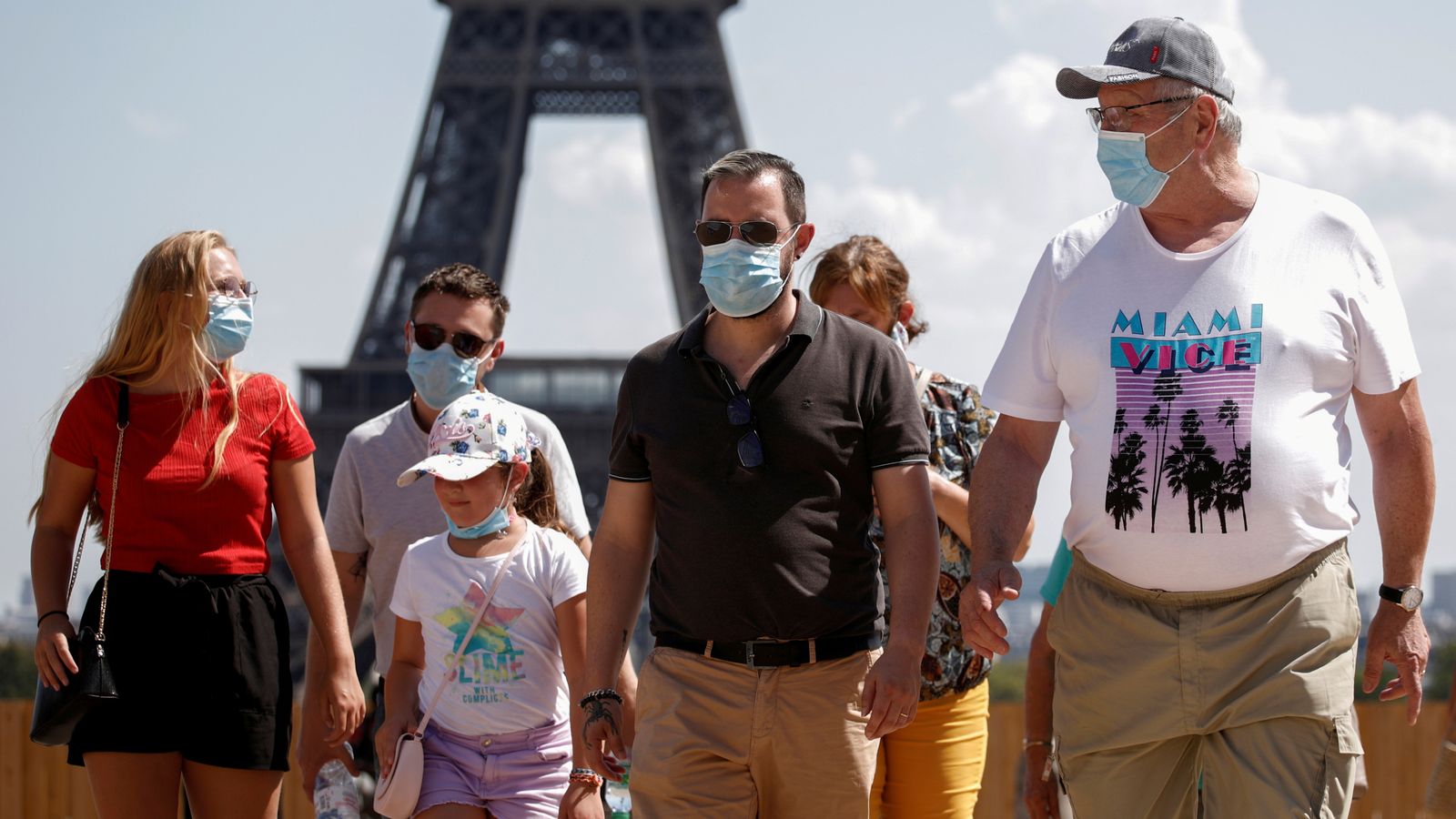 France, Malta and the Netherlands are among the new countries added to the UK’s quarantine list.

Travellers returning from those countries must self-isolate for 14 days on arrival in the UK.

The measure will come into force at 4am on Saturday morning.

Mr Shapps said the decision to add France to the list came after the country reported a 66% increase in the number of positive tests in the last week alone.

Monaco, Turks & Caicos and Aruba have also been added to the quarantine list.

Transport Secretary Grant Shapps announced the move just hours after the prime minister said his government would be “absolutely ruthless” in deciding whether to impose the restriction.

Mr Shapps said on Thursday night: “This evening we’re announcing that there will now be a quarantine brought in for a number of other locations including France, Holland and some others.

“That’s because we’ve absolutely worked so hard to ensure that we’re keeping our numbers down here, and we can’t afford to reimport those cases from elsewhere.”

He added: “We’ve got to a point with France in particular, and these other countries, where if we didn’t announce it now, we would know that the infection rate was already too high and we were not doing anything about it.

“So we’re announcing it now and it will be operational throughout the United Kingdom from 4am on Saturday morning.”

The French health ministry reported 2,524 new coronavirus infections on Wednesday – the highest since its lockdown restrictions were first imposed.

The government’s decision to add France to the quarantine list will dismay thousands of British holidaymakers who are visiting the country.

The measure has also delivered a blow to France’s hard-pressed tourism industry which relies heavily on UK visitors.

Prime Minister Boris Johnson had earlier said government officials would be “looking at the data” in relation to the number of cases in France.

Mr Johnson said while on a visit to Northern Ireland: “We have got to be absolutely ruthless about this, even with our closest and dearest friends and partners.

“I think everybody understands that.

“We will be looking at the data a bit later on this afternoon, looking exactly where France and other countries are getting to.

“We can’t be remotely complacent about our own situation.”

Britain has imposed a 14-day quarantine period for arrivals from countries including Spain and Belgium, responding to rising infections and fears of a second wave of the virus, having initially declared them safe for travel.