Cricket has been the talk of the nation this summer with England’s dramatic first World Cup victory and the drama of the Ashes series.

But off the pitch the historical game has been helping thousands of lonely elderly people.

Marylebone Cricket Club (MCC), a global influencer, has been helping people who suffer from social isolation and those who live with dementia.

At the Home of Cricket, Lord’s, the club holds monthly active and reminiscence sessions in partnership with the charity Sporting Memories.

It’s an opportunity for elderly men and women to get out the house and enjoy some company, tea, coffee and cakes – all while watching the cricket.

Sporting Memories has helped almost 60,000 people across the UK with these simple but effective sessions.

At Lord’s, over 130 people attend to help them at a time of desperate loneliness.

Yvonne Muigua from MCC, who organises the sessions, told Sky News: “It’s a feeling of coming here, knowing someone is going to look after you even if it’s for an hour.

“Someone you can chat to so you’re not stuck at home for the whole day, which can be quite lonely and quite isolating.” 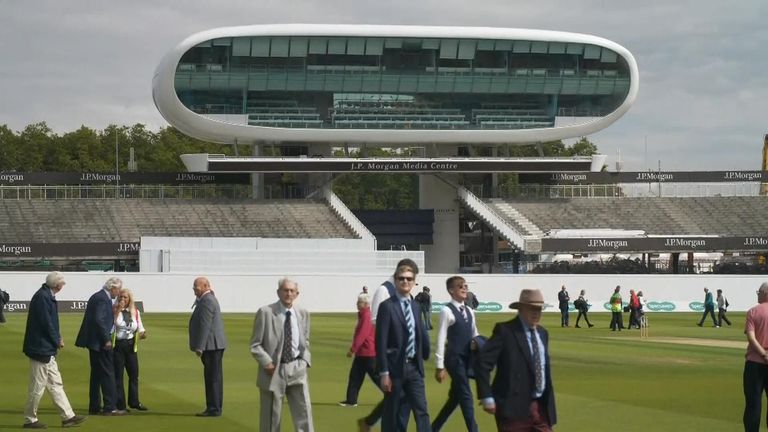 Image: Those who run the sessions say they help people suffering from isolation

She added: “I always say this place (Lord’s) is like the Tardis.

“It’s much bigger on the inside and you never know what’s going to happen when you get in here so I want people to have that feeling – coming here having a cup of tea, a wander and a chat with people.”

Sylvia Ryan, 83, has been going to the Reminiscence sessions for a few years.

She lives with dementia and although it’s in the early stages, she still feels very lonely at home.

Speaking to Sky News with her friend and carer Dorrie, Sylvia said: “It is important because I’m suffering from dementia, although I’m not too far gone, but they actually do cater for dementia at Lord’s.

She said the sessions are “something special for us” – even those who are “far gone”. 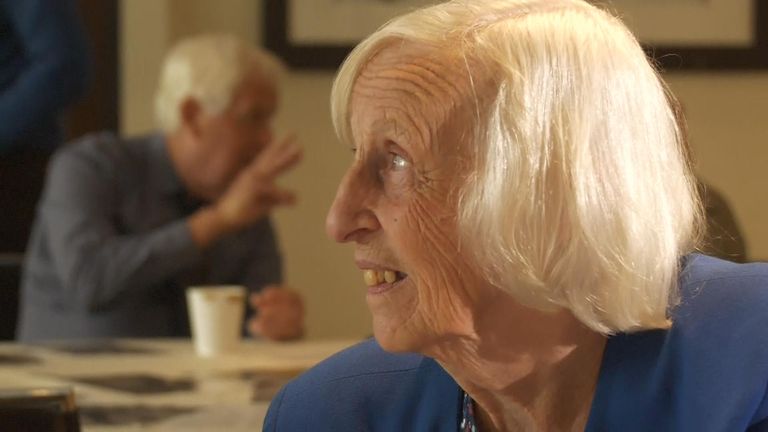 Image: Sylvia, 83, says the sessions are ‘something special for us’

Sylvia, who often forgets things about the day before or even the morning, added: “Anything you can focus on when you can bring back memories… anything you have a stimulant to keep your brain going – speaking to people and having the confidence to speak.

“I’m sure when it gets more advanced I’ll get halfway through and wonder what I’m talking about – but for now it’s a good thing to help me with my future.”

The Alzheimer’s Society has suggested the number of people living with dementia will soar to two million by 2051, and this year alone 225,000 people will be diagnosed.

It also says one in six people over the age of 80 have dementia.

At Lord’s, MCC and Sporting Memories try to help attendees by hosting quizzes, playing recognisable music and offering company for hours on end. 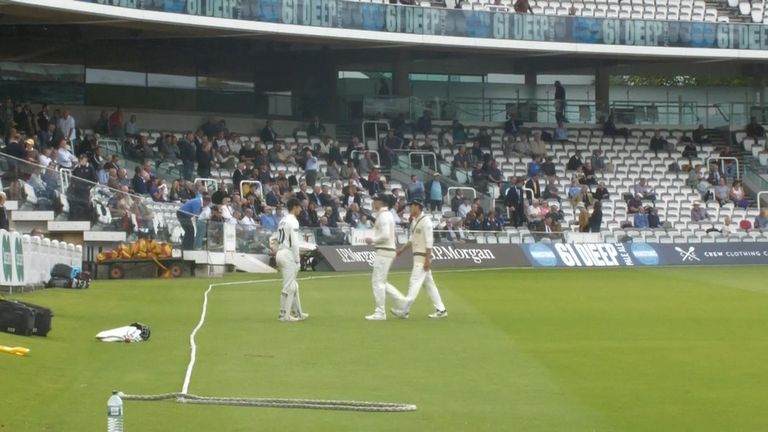 Even legends of cricket are on hand to help.

He told Sky News: “It’s something that has been started in the last five years, and it’s growing and growing all the time.”

He added: “I was born in this area in Willesden and there’s lots of other deprived areas too.

“So to have these local people be able to come to Lord’s and share the happiness and memories is absolutely fantastic.”

Vandals spray swastika at British WW2 graves in the Netherlands