How the arts sector is getting creative to combat coronavirus

Actor and director Samuel West is innovating, like many artists are having to at the minute, treading the virtual boards and lending his voice to the nation.

He had been due to start rehearsals for his new play The Watsons, but due to the coronavirus pandemic, he is now out of work, at home and in lockdown.

So West is harnessing the power of poetry and reading a poem daily on Twitter after putting out a request earlier this month.

I heard it was an emergency, so I emerged.

As an actor, I can’t do much without face to face contact. But I can read verse. If me reading a particular poem would make you happy, let me know and I’ll post it on @SoundCloud. I’ll try and do at least one a day x

West, star of shows and films including The Crown, Howards End and Darkest Hour, says he couldn’t believe it when he had more than a thousand replies, but believes poetry is a perfect antidote to what’s happening now.

“At times of grief, at times of difficulty – the country turns to verse because these are big difficult feelings,” he says.

West, the son of actors Prunella Scales and Timothy West, says artists “are being inundated with messages that Shakespeare wrote King Lear while the theatres were in lockdown with the plague”, so there’s real pressure for artists – because “most of us aren’t Shakespeare”.

And he believes there will be positives to come out of the pandemic.

“What we will see is a myriad ways of connecting us and making us laugh and keeping us going,” he says. However, what will be crucial is “supporting the freelancers who have seen their incomes disappear overnight”. 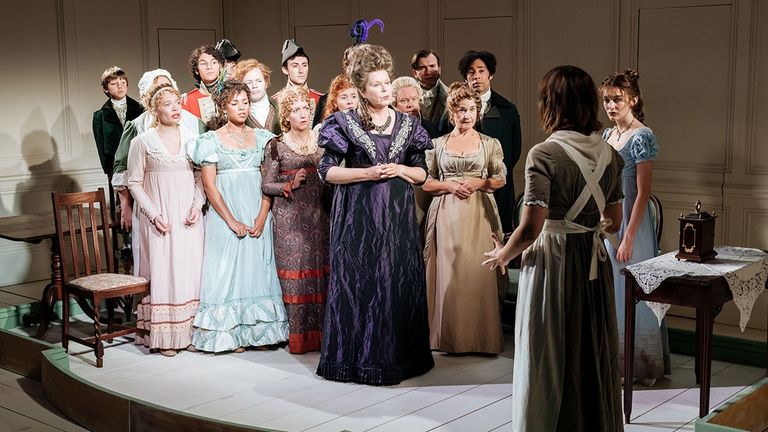 Image: West was due to start rehearsals for his play The Watsons before the lockdown. Pic: @TheWatsonsPlay

Measures have already been announced by the government to help businesses, mortgage holders, renters and workers, and details of help for self-employed workers are set to be unveiled on Thursday. However, a lack of a specific help for the self-employed so far has drawn criticism.

“If you want those freelancers to be alive and well to make the shows you want to see when you come out in a few months time ready to party – we would like to see them included in the government’s salary retention scheme for freelancers,” says West.

“Anything that gives us a way of surviving when we come back.”

The creative industries employ around two million people in the UK and around a third of them are freelance, according to the Creative Industries Federation.

Chief executive Caroline Norbury says if more support is not given it will be “pretty catastrophic” for the sector.

“We are going to see whole swathes of our sector that have built and built over the last few decades, because people’s businesses are going under. We need to get something in place for freelancers and for the self-employed quite quickly.” 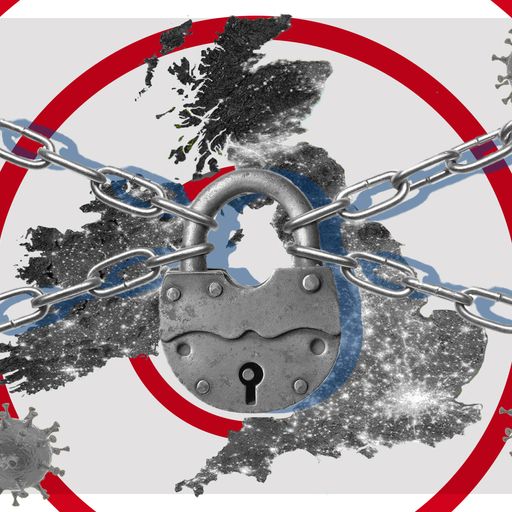 Why the UK had to enforce a lockdown

There was some comfort for artists and performers when the Arts Council this week announced a £160 million emergency package, but the sector is waiting for the Chancellor to announce more initiatives to help the self-employed.

There is no doubt that artists all over the country are being innovative in their attempts to share their work and to respond to this crisis.

Headlong, the company behind West’s hit show Enron, based on the Enron scandal, is turning to digital audiences where real ones used to sit, making a series of new short plays using socially distanced actors and playwrights on digital conferences.

And Papatango, a company that discovers, produces and publishes playwrights, is running a competition encouraging new work. Isolated But Open – Voices From Across the Shutdown is a project looking for 10 new monologues, with the winners to be produced and available to everyone online.

“We’re going to see ingenuity and a real surge in digital platforms and ways of interrogating how audiences can be in a space that is not necessarily physical with a storyteller.

“[It could] potentially change how theatre works and how theatre operates in the long-term.”

We have the biggest dance hits for you this Friday evening. On the way after 9pm Wayne will be bringing you 2 hours of the best Old Skool Anthems and then we join Graeme Park after 11pm for the best house and dance music.

How is India locking down its 1.3 billion people?