‘I’m not racist’: Lana Del Rey responds to backlash after swipe at Beyonce

Lana Del Rey has defended herself against allegations of racism after accusing a host of high-profile female singers of hypocrisy in the music industry.

The 34-year-old faced a backlash after posting a statement on Instagram calling out stars, including Beyonce, Doja Cat, Cardi B, Camila Cabello and Nicki Minaj.

The Video Games singer said her post was nothing to do with race, and she simply listed her “favourite singers”. 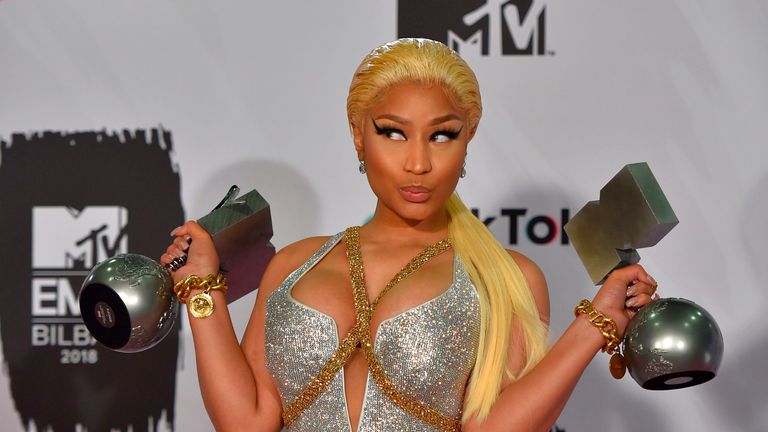 Image: Rapper Nicki Minaj came in for some criticism Image: As did Cardi B

In the post, Del Rey denied her lyrics are anti-feminist or glamorise abuse and name-checked the other female artists.

She said now those other women have had “number ones with songs about being sexy, wearing no clothes, f***ing, cheating etc” she wanted to sing freely “without being crucified”.

Del Rey said: “I think it’s pathetic that my minor lyrical exploration detailing my sometimes submissive or passive roles in my relationships has often made people say I’ve set women back hundreds of years.”

However, her lengthy message quickly drew criticism for mentioning mainly women of colour.

Responding, Del Rey wrote in the comments section of her post: “This is sad to make it about a WOC (women of colour) issue when I’m talking about my favourite singers….

“And this is the problem with society today, not everything is about whatever you want it to be. It’s exactly the point of my post – there are certain women that culture doesn’t want to have a voice it may not have to do with race I don’t know what it has to do with.

She also said that when she mentioned “women who look like me,” in her original post, she was not referring to race. 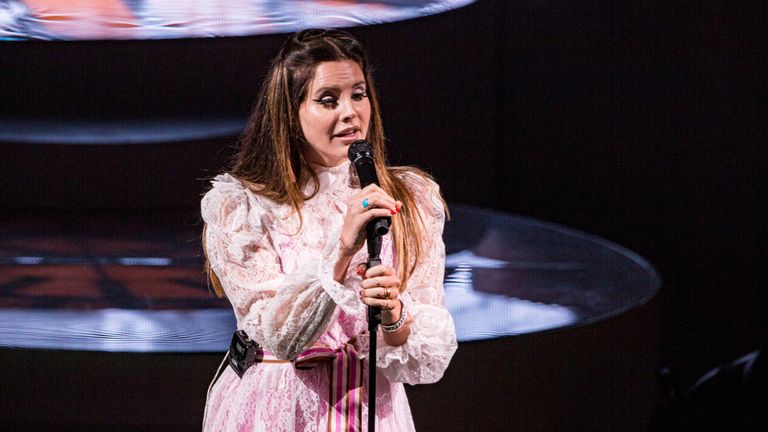 Del Rey wrote: “And my last and final note on everything-when I said people who look like me-I meant the people who don’t look strong or necessarily smart, or like they’re in control etc. it’s about advocating for a more delicate personality, not for white woman.”

Del Rey, who is known for her dark lyrics which frequently explore themes including emotionally abusive relationships, also said she is “not a feminist”.

She signed off her message by referencing the ‘Karen meme’, which has become popular during the coronavirus pandemic and is generally used to make fun of white women with a perceived sense of entitlement.

Del Rey wrote: “Thanks for the Karen comments tho. V helpful.”

She signed off her post by announcing her new album – White Hot Forever – will be released on 5 September.

The singer also said she will be publishing two new books of poetry, in which she will be “sharing more of her feelings”.