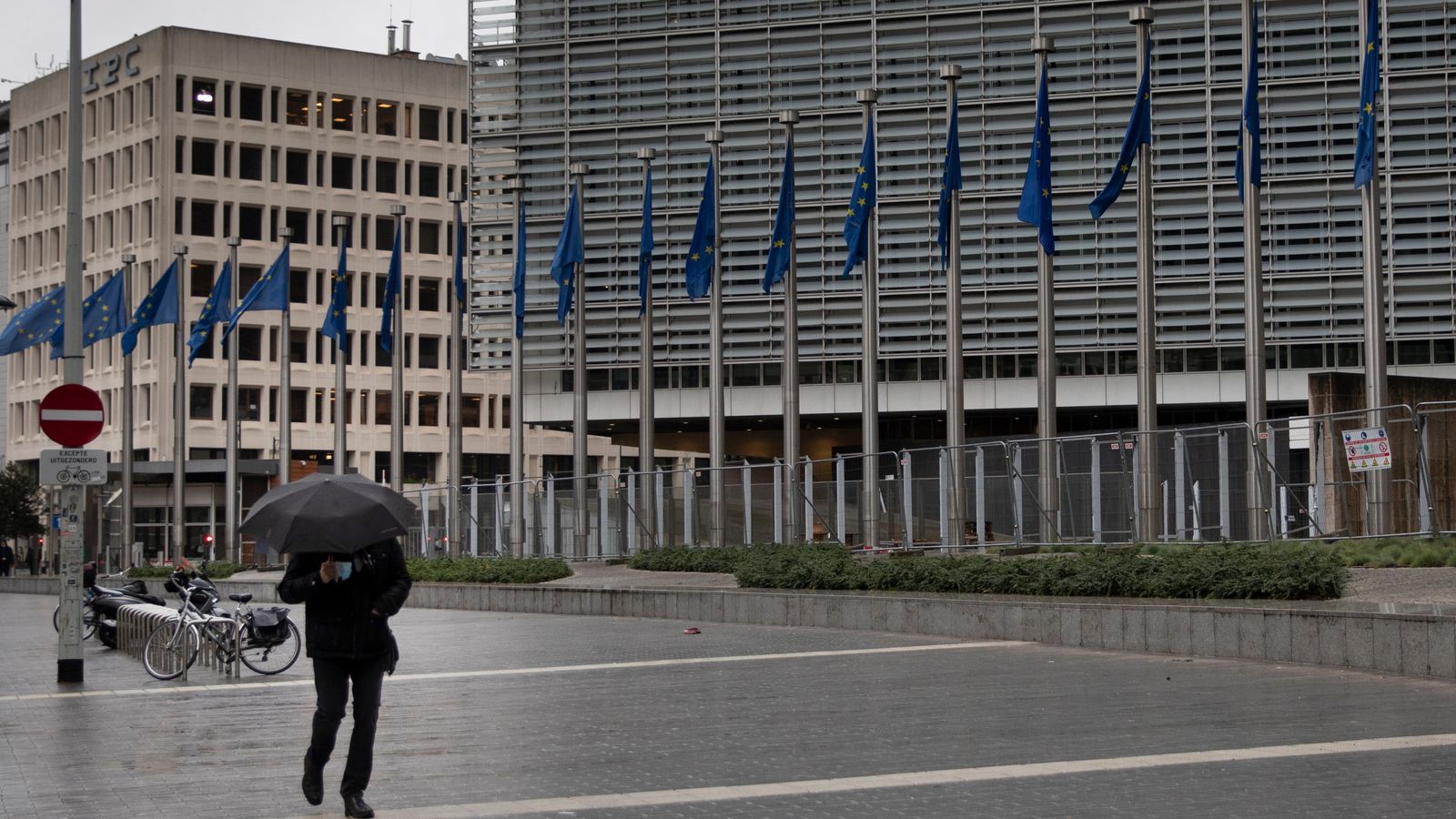 The EU has introduced controls to prevent the export of COVID-19 vaccines from the bloc to Northern Ireland.

Brussels triggered Article 16 of the Northern Ireland Protocol that forms part of the Brexit withdrawal deal.

The move comes amid a row with vaccine maker AstraZeneca over the supply of vaccine doses to the 27 members of the bloc.

Under the terms of the Northern Ireland Protocol, goods should be able to move freely between the EU and Northern Ireland as the region remains in the single market for goods and still operates under EU customs rules.

The EU decision to activate Article 16 will frustrate any effort to use Northern Ireland as a back door to bring vaccines into Britain.

Stormont’s First Minister Arlene Foster has called the move by Brussels an “incredible act of hostility”.

She said: “By triggering Article 16 in this manner, the European Union has once again shown it is prepared to use Northern Ireland when it suits their interests but in the most despicable manner – over the provision of a vaccine which is designed to save lives.

“At the first opportunity, the EU has placed a hard border between Northern Ireland and the Republic of Ireland over the supply chain of the coronavirus vaccine.”

The regulation means Northern Ireland will be considered an export territory for the purposes of vaccine sent from the EU/the Republic of Ireland.

Northern Ireland’s vaccines arrive from the rest of the UK at present so those will be unaffected.

The DUP leader added: “With the European Union using Article 16 in such an aggressive and most shameful way, it is now time for our government to step up.

“I will be urging the prime minister to act and use robust measures including Article 16 to advance the interests of Northern Ireland and the rest of the United Kingdom.”

Some have described Article 16 as the “nuclear option”.

It effectively allows either the EU or the UK to override the Northern Ireland part of the Brexit deal.

The Northern Ireland Protocol was negotiated to avoid a border on the island of Ireland.

Instead, they created a border in the Irish Sea – between GB and Northern Ireland – much to the angst of Unionists.

That meant Northern Ireland was the only part of the UK still able to trade freely with the EU.

By invoking Article 16, the EU has arguably created the need for a land border on the island after all.

Unionist politicians say the EU has now left the UK government with little option but to invoke it too.

Twenty-nine days after the end of the transition period, the Northern Ireland deal hangs by a thread.

France to close borders to all non-EU countries from Sunday