‘It’s a nightmare’: Fears of businesses just inside Leicester lockdown

They are two similar neighbouring villages outside Leicester, but now – on a map drawn up by the government – a red line cuts between them.

On one side, in Syston, people are about to enjoy new freedoms – pubs and shops are about to reopen. They will be able to travel and stay overnight in hotels.

But on the otherside of the line, in Thurmaston, they are going back into lockdown – super Saturday has been replaced by turn back Tuesday. 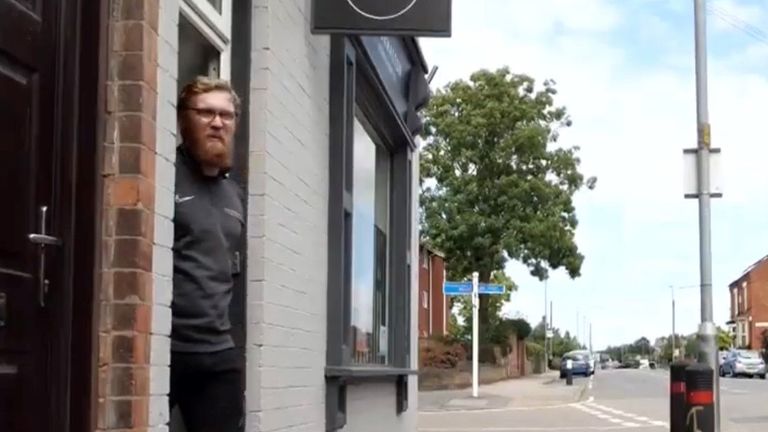 Image: James West, owner of Thurmaston Design and Print Company, is worried the local lockdown will affect his business

A man sweeping the floors of the Top House Pub shrugged.

“All the punters who were going to come here on Saturday will just go to the pub in the next village.”

Officially, if they live in Thurmaston, they are not allowed to go out for a pint as the local lockdown restricts all but essential travel. But who will stop them?

How can you allow one person more freedom but with another, a stone’s throw away, enforce more restrictions?

That is the difficulty with “whack-a-mole” – how wide do you whack?

One villager suggested the whole of Leicestershire should be locked down, while others argue that it should just be the east of city. Either way, you create a line. 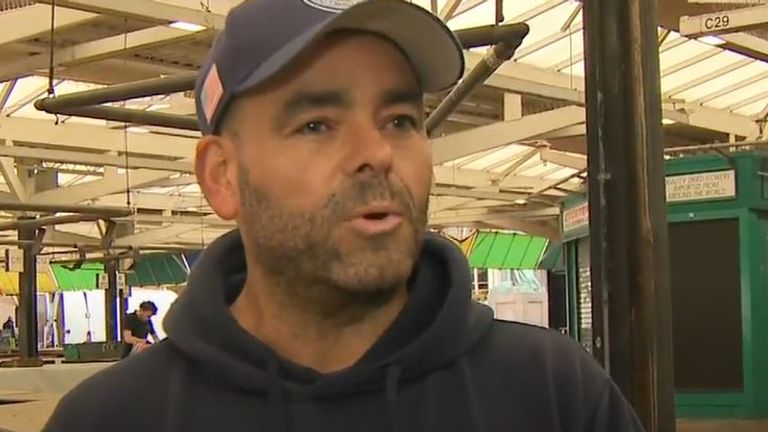 Leicester traders ‘more nervous’ than before

All this comes after Leicester City Council reported 944 positive tests for COVID-19 in two weeks, which equated to about one in 16 of the total UK cases during that period and 10% in the past week.

The city’s seven-day infection rate was three times higher than the next highest city.

But it is hard to say whether people from the outlying village of Thurmaston are more infected than those in Syston.

James West, the owner of Thurmaston Design and Print Company, is frustrated.

“It’s pretty close isn’t it,” he says, looking towards a roundabout up the road where the line is drawn.

“It’s crazy to think that anyone past that line is out of this worrying time when we’ve got to be in lockdown. It’s just a complete unknown again. I only opened last week and saw the encouragement of customers walking in again.

“I help a lot of local businesses and if they’re closed they are not going to be ordering from me either.” 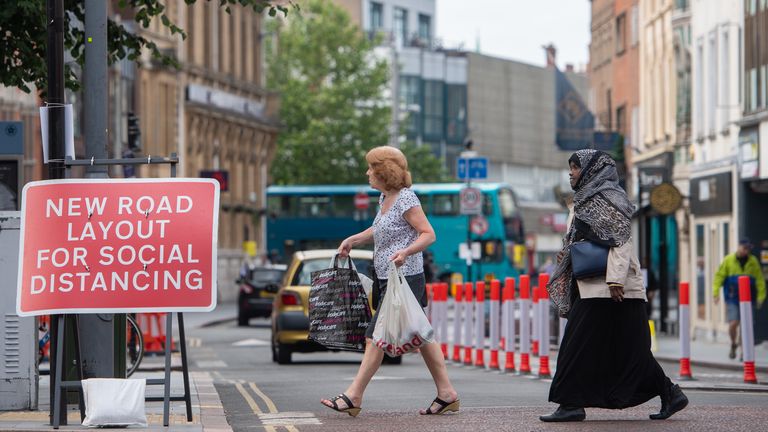 Image: Leicester was placed back into a stricter lockdown after a spike in cases

Mr West says there there is also confusion and a lack of communication from the government.

“People don’t know what the rules are,” he said.

What, for example, do they do if they live in Thurmaston but work in Syston, or vice-versa?

He added: “People are frustrated because over there is in touching distance. It’s very easy to go over that border and for people to spend their money over there, whereas this side of the border it isn’t possible.

“Whether it’s a pub or a restaurant or hairdressers they are going to be competing with someone over the other side of the border. As soon as they are open, custom will naturally fall over there.”

This is going to be the continuing gripe if the whack-a-mole strategy continues – that of fairness.

People asking, why them? And watching others enjoy freedoms and business that they cannot have.