A woman left bloodied and bruised after a homophobic attack says she has been targeted five times in the past few years due to her sexuality.

Charlie Graham, 20, was badly injured after being attacked from behind by two men in Sunderland in the early hours of Saturday.

She told Sky News she was punched in the head and pushed to the ground.

“When I tried to get up, I got pushed to the floor again, I grazed my face, cut my face open,” she said.

Ms Graham, who stands at just 5′ 2”, said the weekend attack was the fifth she has suffered in the past few years. 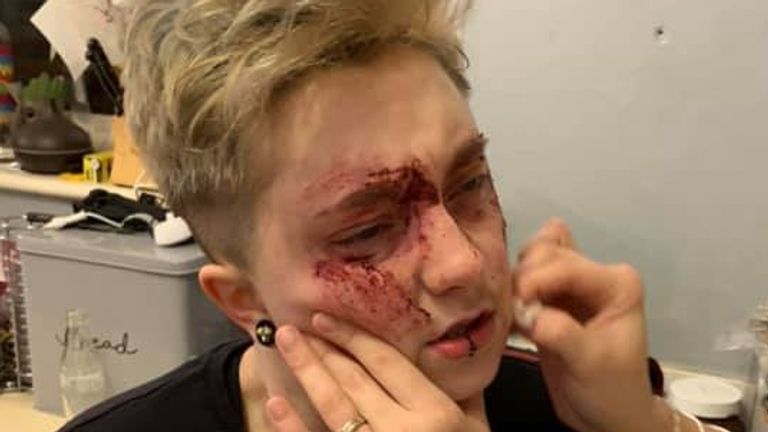 Image: Charlie Graham says she has been attacked several times before

She said: “I’ve been jumped on a number of occasions because of being gay and have had things shouted at us.

“In this day and age, it’s disgusting.

“The last time I was jumped I actually had to get stitches in my face, I split my eyebrow open.

“The couple of times before that I’d had my cheek split open, black eyes, I’ve had things shouted at us like ‘dyke’, things like that.

“It’s scary and it does knock your confidence back.”

“I’m scared in case someone comes to my door and finds out where I live.”

Ms Graham added that the latest attack left her scared to leave the house for a few days, before she realised “there’s no need for us to sit in the house and just let them win”.

She said she had been helped in recovery by her family, surrounding herself with “loving people that help us on a daily basis” and the messages she has received since pictures of her injuries were posted on social media by her mother.

“A lot of (the reaction) has been really nice. I’ve had no hate comments.

“It has been really nice, having people say they’re going to be there for us and they have my back. No one likes what’s happened.” 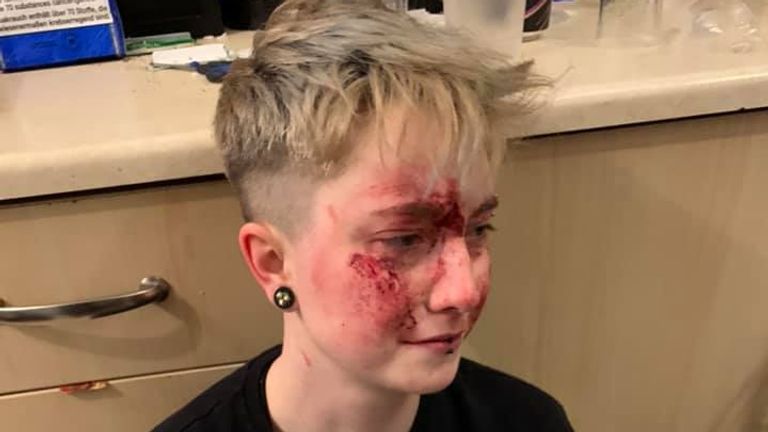 “Would you hit them and try to beat it out of them? You wouldn’t because it’s your kid. you’d love them no matter what.

“I shouldn’t feel vulnerable. I should be able to be who I am and walk down the street and feel safe. It shouldn’t be like this in 2020.”

Police have appealed for witnesses to the attack, which took place on Blackwood Road in Sunderland just before 1am on Saturday 11 January.

In a statement, Northumbria Police said: “It was reported that a woman was walking when she was attacked by two males who subjected her to homophobic language and caused injuries to her face, hands and knees.

“An investigation has been launched into the incident and officers are currently treating the assault as a suspected hate crime.”

Magaluf cracks down on pub crawls with new booze law